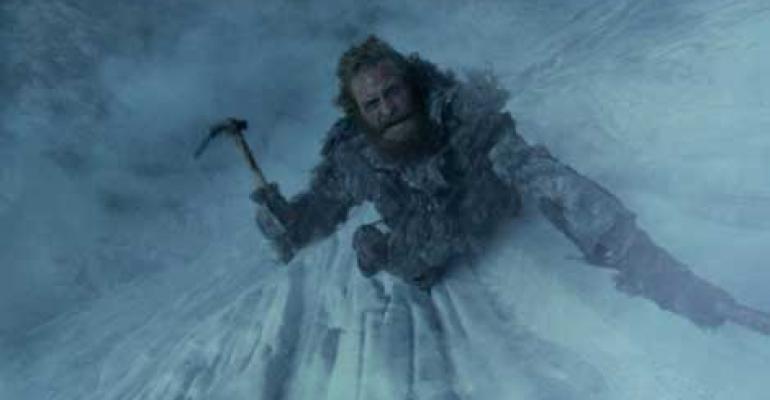 Digital effects house SpingVFX created scenes in HBO&#8217;s &#8220;Game of Thrones,&#8221; including this one of Tormund Giantsbane scaling The Wall. (Image: SpinVFX)
Companies>Dell

Visual effects studio Spin VFX has selected Dell to supply IT infrastructure for its new location in Toronto. Spin VFX's portfolio includes more than 70 feature films and 13 television series, such as Game of Thrones (HBO), Showtime’s The Borgias, The Twilight Saga: Breaking Dawn Part 1 and 2 (Summit/Lionsgate).

Dell worked closely with third-party industry specialist Island Digital to design the updated technology infrastructure at Spin VFX’s new studio space and ensure the hardware was tested and ready to go as soon as the move was complete. The studio often has several shows under production simultaneously, with some generating upwards of 20 terabytes of data.

“When the time came to move our studio we were able to minimize our production disruptions because Dell and Island Digital had everything staged and setup in advance," said Neishaw Ali, president and executive producer at Spin VFX. "I’ve never seen such urgency and attentiveness in all my decades of working with technology suppliers. They were truly partners in our success and we’re so thankful to them.”

“Over the years Dell has built up a large portfolio of clients in the film and entertainment sector," said David Miketinac, vice president and general manager, commercial sales at Dell Canada. "We understand this incredibly dynamic and competitive business and take pride in delivering powerful and reliable technology solutions that allow our customers to push the boundaries of creativity and produce award-winning material. Our role is to ensure the hardware works seamlessly and flawlessly enabling the creative talent to work its magic - on time and on budget.”