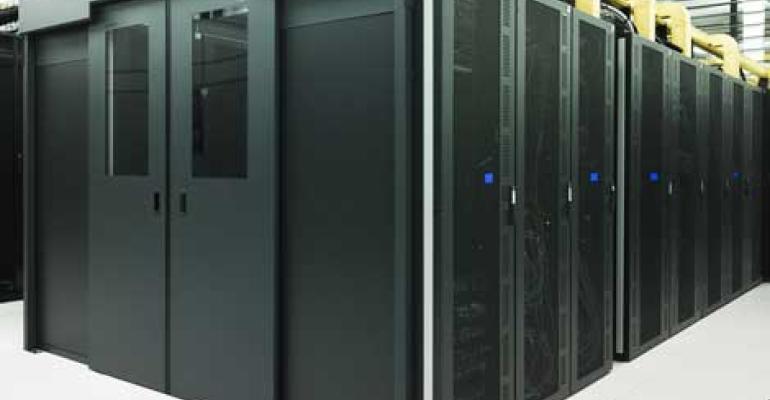 Strong leasing in Europe has caused Interxion (INXN) to accelerate expansion plans in Frankfurt and Amsterdam. In support, the company has also signed a new €100 senior secured credit facility.

European colocation provider Interxion has accelerated expansion plans in Amsterdam and Frankfurt in response to customer orders, and lined up a new €100 senior secured credit facility to support its investments in growth.

“The strong bookings momentum that we experienced in the fourth quarter of 2013 has continued into 2014, as cloud infrastructure providers continue to commit resources to prepare for European enterprise cloud migration,” said David Ruberg, Chief Executive Officer of Interxion. The increased financial flexibility gained from our newly signed credit facility positions Interxion to capture additional growth opportunities as a result of these positive industry trends. Consistent with our strategy to prudently align investment with customer demand, we are accelerating and expanding construction of AMS 7 and FRA 8 in response to committed customer orders.”

Available Power in Amsterdam will be 15 Megawatts

The first phase of AMS 7 (AMS 7.1), with approximately 1,000 square meters (10,763 square feet) and 1.5 megawatts of customer available power, opened in the first quarter of 2014. The remaining five phases are scheduled to open from 3Q 2014 through 2Q 2015. The capital expenditure associated with the complete build out of all six phases of AMS 7 is expected to be approximately €115 million.

Frankfurt on the Fast Track

Interxion also announced it is accelerating completion of FRA 8, its 3,600 square meter (38,750 square foot) data center in Frankfurt. The company will accelerate the completion of the two remaining phases out of four to provide approximately 1,800 square meters (19,375 square feet). Both remaining phases are scheduled to open in the first half of 2015.  FRA 8 will provide a total of 6 megawatts of customer available power when fully constructed. The capital expenditure associated with all four phases is expected to be approximately €67 million

Strong customer orders has also caused the company to increase its 2014 annual capital expenditure guidance to €175 million - €200 million, with 70 percent dedicated to satisfying already signed customer contracts. To support this capital expenditure plan, the company has also entered into a new €100 senior secured credit facility. The new credit facility has an initial maturity date of April 14, 2015 with options to extend for 12 additional months.