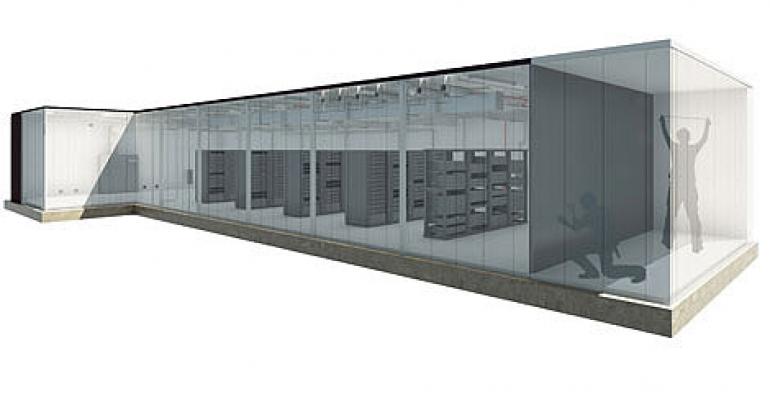 iFortress is tackling the modular market with a panel-based approach to building data centers. With a system that is flexible and nimble, the company seeks to meet the needs of an enterprise's current and future data center strategy.

iFortress is tackling the modular market with a panel system that it says is infinitely configurable. Based around pre-configured data centers built with panels that can be dropped anywhere the customer desires, the company says its approach increases speed of delivery and flexibility of the solution.

“We wanted something nimble and came up with the panel system,” said Jerry Lyons, iFortress CEO. “Risk mitigation is extremely important, so we spent over 10 years in research and development. Everything is tested and rated as an assembly to U.S. Department of Defense (DoD) standards.”

Capacity for Now and the Future

The company seeks to address one of the biggest problems in the data center industry:  How much do you build? Ideally, the idea is to build large enough to grow into over several years, but this is capital intensive. iFortress says that because it’s a panelized system, you can build based on your needs today. When it’s time to expand or subtract, the initial data center is kept intact, panels are attached to the exterior, and when the expansion space is ready, the dividing wall can be removed.

“We started 14 years ago, designing solutions around what we heard, unlike most of the industry that responded around containerized,” said Lyons. “The reason that failed is because the market was asking for one thing, and the industry gave them something else. We went down to something extremely nimble.” 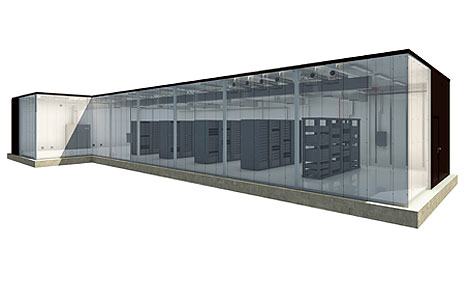 As seen above, iFortress is based around a panel system, using panels 2 feet wide and 4 inches thick. The panels and sizes are infinitely configurable. “By virtue of this panel system and its inherent properties, every assembly is airtight, watertight, green, environmentally efficient and prevents environmental threats,” said Lyons. “It enhances the market’s ability to have a pre-configured pre-engineered data center that can be put together in advance of site selection.  While a parking lot very different than a warehouse – it doesn’t matter where we go.”

It has two main products, xSite MCS which is a server ready solution, and iShelter MCS, in which iFortress build the environment in a sequence of decks. “Instead of two containers together, we build each deck so that when two elements are joined, it’s all continuous,” said Lyons.

Economics of a Flexible System

Lyons also talks of the benefits of depreciation. “When you build a traditional data center, it appreciates the property of the land so the taxes go up,” said Lyons. “iFortress is a piece of equipment, independent of the building architecture. Property taxes stay low, and it can be depreciated like furniture.”

The company will also lease the modular data centers. Lyons believes the system has a wide range of applications, from hospitals, industrial, pharmaceutical, government, to colocation and hosting.

Is It A Fit for Colos?

“The colocation industry has been founded on the ‘Build it and they will come’ approach – with iFortress we’re able to engineer a facility with a specific footprint, let’s say 3,000 square feet. It allows them to go out and build 1 or 2 as speculative builds, and then they can scale their growth with the demand of their customers,” Lyons said.

Modular solutions have been more oriented to the enterprise, while colo hosting is the build it they will come model according to Lyons. “It’s okay for Equinix to build out 300,000 square feet, but so many other companies can’t afford that,” said Lyons. “We have focused on next generation hosting companies. We’re also doing this internationally with European and Asian offices. There’s a legacy of challenges, around building data centers. “We can make the entry point so much more palatable. We can build a showroom so a customer knows what it’s getting in advance."