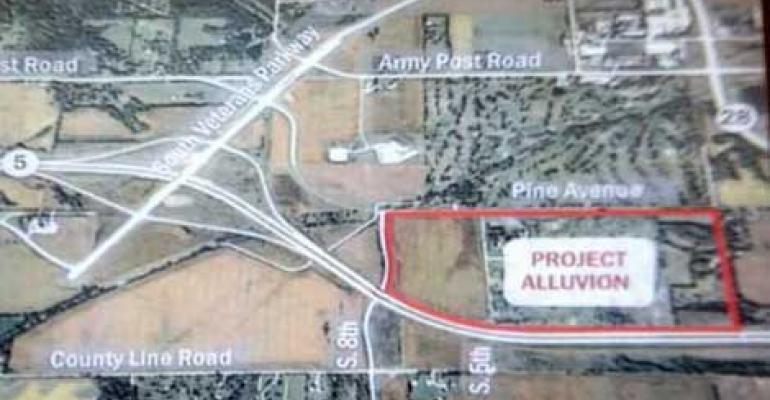 Microsoft is building even bigger in Iowa. The company today unveiled plans to invest a whopping $1.1 billion in a new data center campus in West Des Moines, where it already operates a large server farm.

Microsoft is building even bigger in Iowa. The company today unveiled plans to invest a whopping $1.1 billion in a new data center campus in West Des Moines, where it already operates a large server farm. The project will be one of the largest in the history of the data center industry, with plans calling for 1.2 million square feet of facilities across a 154-acre property.

The announcement ends the suspense about the identity of the mustery company behind Project Alluvion, the latest in a series of stealthy "codename" projects that have made Iowa a major data center destination. Combined with the existing Microsoft data center, the Alluvion project brings the total investment in the state to just under $2 billion.

According to plans, Microsoft will take over 154 acres of land and construct a more than 1.2 million square foot data center. The project Alluvion site is approximately 8 miles east from the current Microsoft data center in West Des Moines, and negotiations for land are what had previously put the project on hold.

During its meeting Friday, the Iowa Economic Development Authority Board approved granting Microsoft a $20.3 million sales tax rebate for the project. That tax rebate would be available until 2021. Those state incentives come on top of the $18 million in incentives already promised by West Des Moines. The value that Microsoft brings back to the city translates to around $8 million a year in property taxes. Microsoft will create 84 jobs when fully built out, with 66 of those jobs required to have a wage of $24.32 an hour.

Microsoft originally built in West Des Moines in 2008, with a major $677.6 million expansion last year. That expansion was part of a $1.4 billion sum that all data center projects brought to the state in 2013.