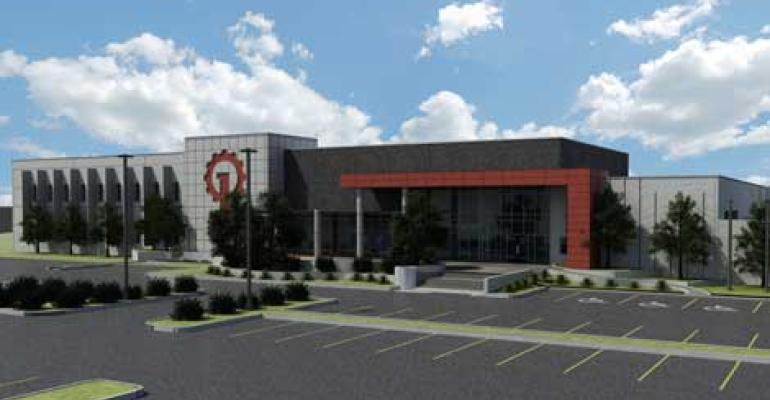 Houston home-grown Data Foundry is set to break ground on its largest data center to date, a 350,000 square foot facility with capabilities for 60 megawatts.

Data Foundry is set to break ground on its second Houston data center, which will be known as Houston 2. The colocation and managed services provider is building a 350,000 square foot facility that will have the capability for 60 megawatts of power. A ceremony will be held on April 10 and the data center is expected to be fully commissioned and ready to go in the first quarter of next year

The new data center is modeled after Texas 1 built in Austin in 2011, which has been successful for the company.  “A number of our Houston-based customers have been asking for us to construct a Texas 1 style facility in Houston,” said Edward Henigin, CTO at Data Foundry. “We are excited to mark the beginning of construction of Houston 2 and we expect to have this facility fully operational by the first quarter of next year.”

Houston 2 will reside on an 18-acre tract of land the company purchased in 2013. The facility will have a chilled water cooling system, a 185-mph wind rated structure and will offer more than 10 fiber carriers and 60,000 square feet of office space.  Data Foundry will serve requirements ranging from single cabinet to multi-megawatt deployments out of Houston 2.

Data Foundry began life in 1994 as Texas.net. It opened its first facility in Houston in 1996. It owns and operates two data centers in Austin and offers a suite of colocation and managed services in data centers located in Ashburn,VA, Los Angeles, Amsterdam and Hong Kong.

The Houston market is booming, and Data Foundry is one of the home-grown providers driving this growth. The strong demand in Houston for data center space in recent years has been driven by the data processing needs of the energy industry. Other major players include CyrusOne, which has also been on a growth tear, and Stream Data Centers.

Design of the new data center was done by Corgan, and kW Engineering is providing engineering services for the project. The facility is being built by Holder Construction Company