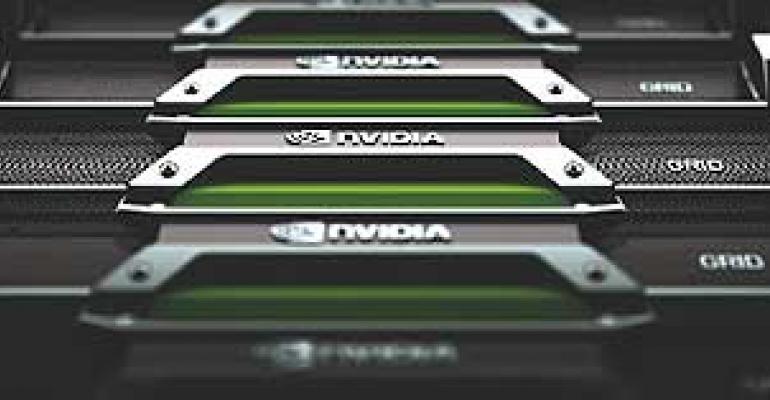 NVIDIA’s GRID technology, which is designed to help offload graphics processing from the CPU to the GPU in virtualized environments, was first introduced as a beta service late last year.
Shared

NVIDIA’s GRID technology, which is designed to help offload graphics processing from the CPU to the GPU in virtualized environments, was first introduced as a beta service late last year. Now, NVIDIA GRID is available on Horizon, the DaaS platform VMware launched earlier this year, allowing complex graphics to be able to be rendered remotely through the cloud.

Many corporations are keen on providing employees virtual desktops because they generally help reign in costs and maintain a high level of security. They also make it possible to access desktops from different locations on different devices.

In the past, virtual desktops have been unpopular for users because they would become unresponsive or slow, however, software and hardware advances are making this less of an issue.

And competition among cloud providers in the DaaS space has begun heating up. Amazon Web Services recently released Amazon WorkSpaces, and Cisco launched its own subscription-based DaaS solution.

The combination of NVIDIA GRID and Horizon, according to VMware, offers the industry’s only multi-tenant DaaS platform for service providers. Multi-tenant architecture allows a single instance of a software application to serve multiple customers for added agility and lower costs.
The VMware Horizon DaaS Platform enables service providers to deliver complete virtual workspaces to end-users as a monthly cloud subscription service, and isavailable immediately to service providers and customers. Managed hosting and application services provider NaviSite said it plans on extending its DaaS offerings to include NVIDIA GRID technology this year.

NVIDIA and VMware are also partners in developing virtual GPU technology called NVIDIA GRID vGPU that allows up to eight virtual desktop users to share GPU acceleration. An early version of NVIDIA GRID vGPU will be available to later this year to selected customers.