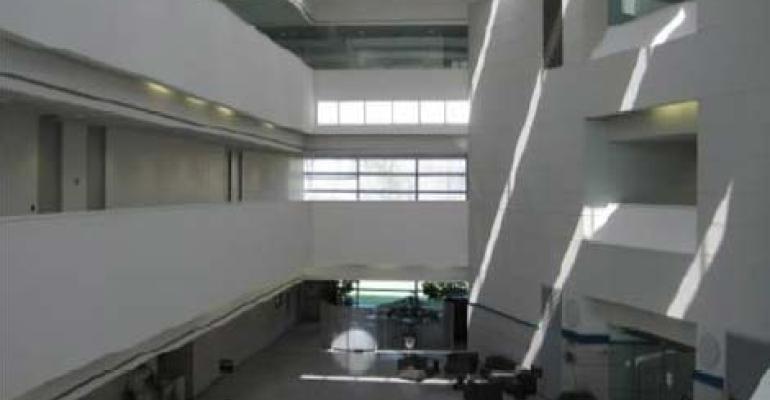 The atrium of the Telehouse America Teleport facility in Staten Island.
Companies>Telehouse

Satoru Manabe has stepped into the role of CEO of Telehouse America and KDDI America. Manabe first joined KDDI in 1984 and has extensive experience. Manabe replaces Masaaki Nakanishi, who is stepping down to retire

Nakanishi first joined Telehouse America and KDDI America in October of 2011, moving from his prior position as Vice President and Chief Executive Officer of Global Business for KDDI Corporation in Japan.

Telehouse has a globally diverse infrastructure. The company has 46 TELEHOUSE branded data centers in 23 cities throughout Asia, Africa, North America and EMEA. In the United States, it has 3 facilities and offers peering exchanges in New York (NYIIX) and Los Angeles (LAIIX).

“Throughout Masaaki Nakanishi’s tenure here in the United States, KDDI and TELEHOUSE America have seen significant growth with US-based companies expanding Data Center and Systems Integration services both here and abroad,” said Hiroyasu Morishita, EVP of Sales and Marketing. “We are honored to welcome Satoru Manabe as our new CEO; his excellent credentials will contribute to our accelerated growth in emerging markets, worldwide. Mr. Manabe’s success in business operations in key markets such as China will enhance our companies’ reputation as a leading global colocation and network provider.”

Manabe first joined KDDI in 1984 after graduating with a Bachelors Degree is Law from Kyoto University in Japan. He later received a Masters of Business Administration in Marketing from City University Business School in London. Manabe has been engaged in China business development and established three subsidiary companies in Beijing, Shanghai, and Guangzhou. He served as President of KDDI China from 2005 to 2007, started Telehouse China in Beijing, followed by Telehouse China in Shanghai. From 2007 to 2010, he oversaw a KDDI and China Telecom joint venture company before heading the global account management team for Toyota Motor Corporation and its group companies from 2010-2014.

Telehouse in The USA

Telehouse Center in NY is the company’s headquarters and first facility, opening for business in 1989. The flagship data center is also its largest, at 162,000 square feet. Located in The Teleport, a 100-acre office park on Staten Island, it’s 17 miles from Manhattan and 12 miles from Neward Airport.

The 13,000 square foot, Los Angeles facility is a gateway for connectivity to Asia. Home to LAIIX, the company looks to capitalize on the explosive growth of Chinese and Indian economies, positioning this location as a key exchange point for companies looking to increase reach in the Pacific Rim. It had direct dark fiber connectivity to the major carrier hotel nearby, One Wilshire. The company has 665kVA of commercial power capacity.

The Newest U.S. facility is in Manhattan’s Chelsea and Meat-Packing districts, opened in early 2011. It has 60,000 square feet of colocation space and connection to NYIIX. NYIIX offers dual-redundant fiber connections to its extension at other carrier hotels, including 25 Broadway,111 Eighth Avenue, 60 Hudson Street and 7 Teleport Drive.