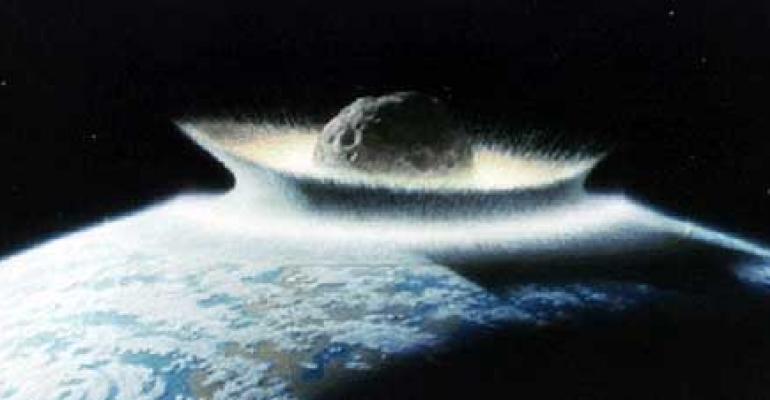 Is Your Data Center Certified for an Extinction Level Event?

Is your data center certified for an Extinction Level Event? Are you ready for babysitting as a Service? A roundup of April Fool's Day in the data center.

Participants would receive real-time satellite data on threats from "near earth objects." If an imminent meteor strike is detected, Digital Realty will deploy a proprietary Kinetic Deflection System to harmlessly deflect the object away from the data center.

"After the ELE impact, ELE Certified data centers will effectively go into 'hibernation,'" Digital Realty said in a blog post. "The process entails sealing all exterior access points and protecting the facility from elemental hazards such as 100-year nuclear winters, global tsunamis and any potential zombie apocalypse if presented with a Night of the Comet scenario. The ELE Certification demonstrates Digital Realty’s commitment to our clients and realizing their potential and will be available starting on April Fool's Day 2014."

April Fool's Day indeed. Digital Realty wasn't the only data center company to have some April Fool's Day fun. Mindful of the proliferation of "aaS" offerings, Green House Data announced the launch of Babysitting as a Service. 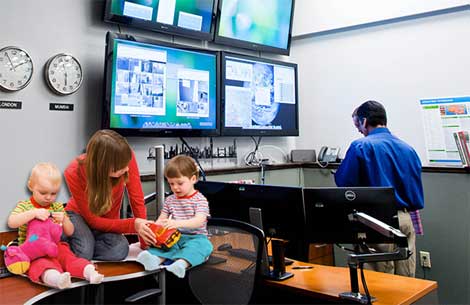 Green House Data has a new service offering. No word if there's any Red Bull in those sippy cups.

The company said the announcement comes alongside the creation of a new full-time position in the Network Operations Center of Red Bull Stockperson.

“The Red Bull thing, that was partly in response to our new BBYSaaS,” said Shawn Mills, CEO, in a blog post. “For one thing, we’re going to need to stay awake with all these kids around. For another, we need to keep the kids out of the Red Bull. They go crazy on that stuff.”