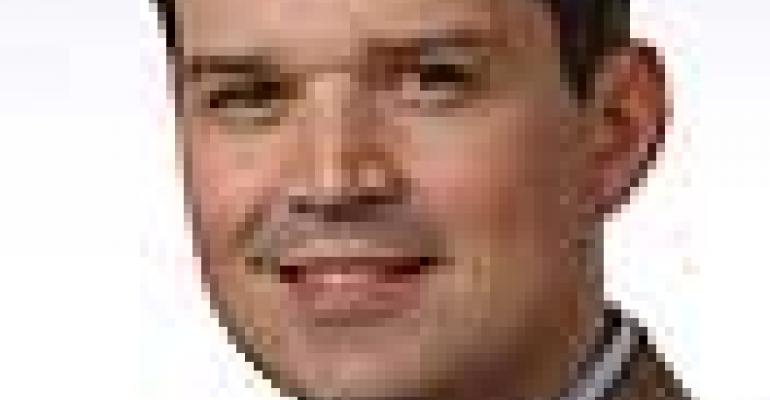 Keep March Madness on the Courts, Not in Your Data Center

As we head to the conclusion of March Madness, it’s also a good time to evaluate your data center playbook and make the right picks for your big data strategy, writes Adam Wray of Basho Technologies.

Adam Wray is the CEO of Basho Technologies and has more than 20 years of experience as an entrepreneur and executive. Previously, he was the CEO and president of Tier 3, where he led the company through nearly $20 million in funding from venture capitalists.

As we head to the conclusion of March Madness, it’s also a good time to evaluate your data center playbook and make the right picks for your big data strategy.

When thinking about your big data playbook, it’s easy to get blinded by unnecessary bells and whistles that offer trick plays and a complex offense. These can cause companies to forget the basics that keep them in the game, or better yet, winning the game. I’m talking about the three-point play of availability, scalability, and operational ease-of-use.

NoSQL databases are often the best strategic play companies of any size can make. Diverse organizations like Amazon, Rovio, and the UK’s National Health Service (NHS) all understand the strengths of NoSQL databases and have integrated them into their data center strategies. Whether you’re an enterprise or a startup, relational databases are no match for NoSQL’s primary strengths.

35-Second Violation! Availability is Critical for Companies Large and Small

In basketball, players have 35 seconds to make a shot or they turn over the ball. Businesses aren’t so blessed: They have mere seconds (or even milliseconds) to make a sale. If customers experience downtime, they will take their business over to your competitors.

Latency metrics are changing, and becoming increasingly tougher on enterprises. It’s estimated that Amazon loses $1,100 in direct revenue from just one second of downtime, making milliseconds matter. For large companies, downtime can equate to millions of dollars (or worse, even lives) lost. Doctors, pharmacies, and patients of the NHS require real-time access to critical health information, and availability can be the difference between life and death.

Downtime, of course, is detrimental to smaller companies too. Customers won’t wait for a website to reload; they will simply click to another site to make their purchases and take your potential revenue with them. Ads function the same way. Companies like OpenX and Tapjoy serve trillions of ads daily and their platforms include real-time bidding as well. Any ad that isn’t displayed equates to lost revenue and, if bidding is down, so are profits.

NoSQL databases provide superiority over relational databases when it comes to this level of availability. Relational databases typically have a master/slave architecture, so if the master node fails, the entire system rejects all write requests until the problem is resolved, making the system unavailable. Conversely, some NoSQL databases like Riak rely on a distributed architecture, where all nodes are equal and data is replicated across multiple nodes: If one node fails, no problem—the system stays up and maintains its availability.

Halftime? No Such Thing for Global Availability

Every company is a global company, or will be. This means no more breaks during the game. You can no longer plan for maintenance or downtime during off-hours, because there are no off-hours. Other global challenges mean adhering to various regulations and ensuring that customers in Japan have the same, low-latency experience as those in New York.

Relational databases are often not a realistic option for global companies. When shooting for scalability, relational databases typically rely on a process called sharding in order to manually distribute data across multiple databases (i.e., placing US data on one server, EU data on another). But when experiencing high growth or peaks, data requirements can outgrow the server and manual resharding must occur—a process that requires downtime and high costs.

Distributed NoSQL databases automatically distribute data across multiple nodes so when the system is at capacity, a business simply needs to add more nodes without ever taking the system down. Queep, a global social networking company, experienced this phenomenon: With 19 million users sending five million messages daily, Queep’s servers kept hitting capacity and the company’s developers and systems integrators couldn’t keep pace with the sharding. As such, the company switched to Basho’s Riak and has since experienced optimal availability while efficiently managing its ongoing growth.

Scalability: Change Up Your Team

Just as coaches need to put in defensive players when the opponent has the ball, data center managers need to be able to easily scale up or down, depending on various circumstances. As big data continues to flourish, the challenges of scale will only increase.

Big data is growing exponentially—soon we may have to rename it as “monolithic” data. Microsoft recently found that 62 percent of its customers store at least 100 terabytes of data. Data center managers not only have to deal with increasing volumes of data, but also increasing types of data. Digital interactions, user profiles, omni-channel experiences, and geo-data locality all require big data solutions with the ability to scale, store, and analyze the information.

Distributed NoSQL systems scale horizontally, since all nodes are equal and work as a team. Systems like Riak can run on commodity hardware and nodes can quickly be added or removed to handle viral growth or peak traffic—regardless of data format. This can save companies from having to pay for data storage they aren’t using and eliminates the single point of failure risk that comes with systems utilizing a master/slave model. Once again, relational databases rely on sharding, which is simply not a cost- and time-effective way to scale for the vast majority of companies.

While rookies may offer excitement and speed, the varsity players know the fundamentals. They know how to make plays the instant they are on the court, how to pass when they are defended, and how to make quick efficient decisions that benefit the team. A NoSQL database functions in much the same way.

NoSQL databases are operational out of the box and don’t require any thought on data schemas. Systems like Riak utilize a key/value data model that allows for simple data storage of all types. Additionally, since distributed systems pass workload to neighboring nodes during node failure, they eliminate pager duty for operators, as the system will remain in play. Conversely, if a node fails in a relational system, it can cause the entire system to go down, as it’s the single point of failure.

By 2020, the typical business will manage 50x more data but only boost its IT staff by 1.5 percent. With a relational system, this would wreak havoc on data centers; however, with distributed NoSQL systems, data centers (and operators’ sanity) will be protected. This March, keep the “madness” out of your data center. Make sure you are putting a full-court press on the issues that matter most to a data architecture (and your business bottom line): availability, scalability, and operational ease-of-use.