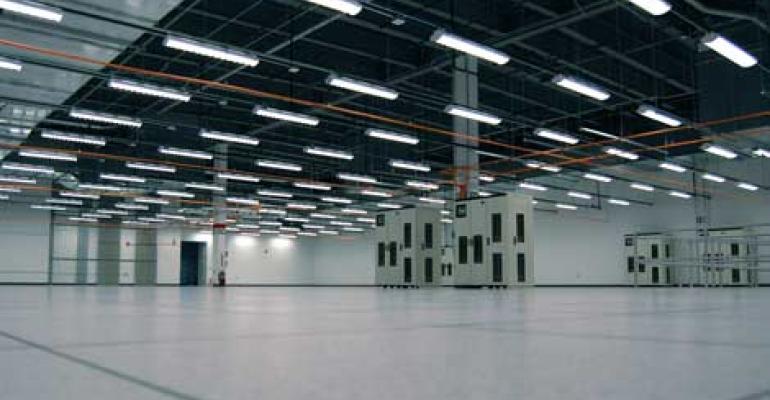 High-touch hybrid hosting provider Latisys is expanding its platform to the UK, as well as disclosing some financials for the first time. The company has hit an annual revenue run rate of $100 million.

High-touch hybrid hosting provider Latisys is expanding its platform to the UK, as well as disclosing some financials for the first time. The company has hit an annual revenue run rate of $100 million, and is financially positioned well going forward.

The expansion involves deploying its Cloud Enabled Systems Infrastructure (CESI) platform over in London, in a Tier III data center in the Docklands.

“Expanding from our national platform in the US to new international markets represents a natural evolution for Latisys, and we look forward to demonstrating the business benefits of our unified platform to European and US multinationals alike,” said Pete Stevenson, CEO of Latisys. “When we started Latisys in 2007, our goal was to build the most flexible, high performance, hybrid IT infrastructure platform in the industry—supported by exceptional customer care. By integrating best-in-breed technology with process  automation, operational best practices and a company-wide culture to serve as an extension of each customer’s IT team, we’ve always had a model that can scale—for customers and investors—and now internationally.”

While the initial expansion equates to some capacity running on their platform, it’s important to note Stevenson’s past work history with Globix, which had a very sizeable UK business. Stevenson still has all the proper connections on the UK side of the pond.

“Customers are taking us over there,” said Stevenson. “We’re also putting in some excess capacity. We run the company conservatively with a little bit of aggression."

The company also revealed it has been cash-flow positive since 2012 and is healthy on the financial front. Growth rates are all well above industry standards, in an industry that grows faster than most. Enterprise managed hosting and cloud sales are up 65 percent from 2012 to 2013. Multi-site deployments account for nearly 40 percent of total revenue, and have grown 35 percent from 2012 to 2013.

“What’s driving these multi-site deployments is the way customers are deploying their technology,” said Stevenson. “Risk mitigation is getting addressed at the executive and board level. Disaster recovery is really an important topic. Another driver is the type of customers we’re seeing, (which includes) a lot of SaaS companies."

Latisys has built an Infrastructure as a Service platform which is repeatable in new markets, making growing into future markets simpler.

The company has its data centers networked together and offered through a unified platform.

“Ours is a high touch model,” said Jonathan Sharp, VP of Marketing for Latisys. “We don’t sell to really small business. We made the call years ago that we were not going to be all things to all people. These (customers) have complex workloads, so they’re looking for that consultative support. We’ve designed an infrastructure solution that is flexible and scalable. CIOs know they can’t go it alone and that’s where we come in.”

The company shifted to a message of hybrid and a unified platform, and that message appears to be clicking with customers based on growth numbers.

Since its inception in 2007, Latisys has raised $300 million in total capital from its private equity partners and some of the world’s leading financial institutions. The company’s free cash flow positive position provides significant flexibility and control for exploiting the growth opportunities on the horizon.

What’s driving all of this growth? “It’s A little bit of ‘thank you Amazon’," said Stevenson. “Amazon is kind of developing the market a little bit. Companies are figuring out they don’t have to develop resources internally. While Amazon is a certain fix for certain types of things, we’ve been very focused on outsourcing critical workloads for customers. The CIO has pressure to do a lot more with a lot less these days, given all the security all the redundancy that they need. We built an enterprise platform.”

“We’re winning among the midsize enterprise with mission critical workloads,” said Stevenson. “They want to know what kind of company and what size you are. It’s a way to let them know it’s a sizeable company and growing well, and a way to attract people to work for us. Anytime you’re trying to get an engineer, it’s a great way to attract them."

A lot of Latisys' closest competitors have been rolled up into telecoms though acquisitions, including Terremark (Verizon) and Savvis (CenturyLink). By offering a peek behind the curtain, it’s a way to exhibit to customers that the company is going strong and has the capital to continue on its strong trajectory.

Latisysy now has over 1,100 customers in the U.S. and is now expanding internationally. It’s books are healthy, it’s growth is healthy and is stepping up its game among  high touch, hybrid providers.