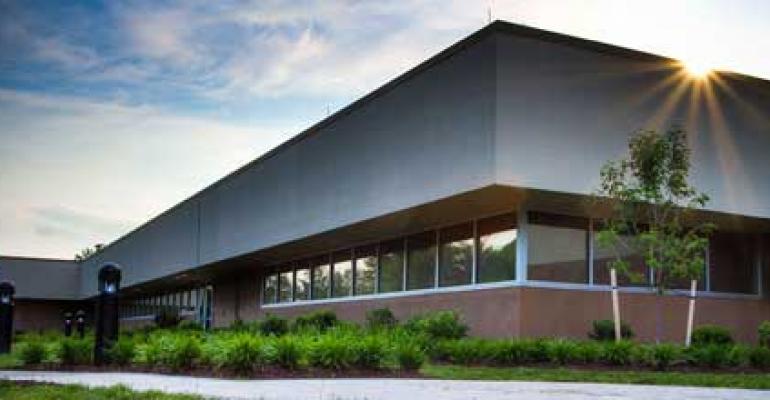 DB-DATA jumped into the data center market with a Harrisonburg, Virginia facility. Offering full turn-key space there, as well as powered shell in Ashburn, the company sees the federal data center sector as a unique opportunity going forward.

DBT-DATA is an interesting provider in the Virginia market that has been timely in capitalizing on data center investment opportunities. DBT-DATA is a spinoff from DBT Development Group, a Washington-based commercial real estate firm.

The company's history includes several examples of savvy moves at just the right time. Its latest property is in Ashburn, where it sees tremendous opportunity in the federal space.

Eight years ago, DBT-DATA Chief Executive Dave Tolson was a residential and commercial real estate developer. Then, the economy hit hard, and he began looking at new options.

"I had the opportunity to invest in a data center project," said Tolson. "As an economist, I have a big belief in the supply-demand curve. The more I dug into the need for digital storage, the more I noticed there was a lack of supply.”

Despite the shaky environment for real estate world, Tolson took a risk, and it paid off. “After the dot com bust, real estate became a pariah asset class,” said Tolson. “It became hard to get financing. You also had the power density issues that come with data centers.”

Now the company is humming along. “We’re very familiar with the infrastructure,” said Tolson. “We’re strong in construction. Data centers are 100 percent different than other real estate. We had a good initial facility and went from there.”

That initial facility was in Harrisonburg, Virginia, where the company had Carpathia Hosting as its anchor tenant. The market DBT was targeting was the federal community, especially disaster recovery and even primary facility customers looking for space outside Washington, D.C. Harrisonburg is about a 2 hour drive from Washington.

The company sold that data center in 2010 to Harris Corp., which bought the property for $41.6 million and reportedly invested $200 million in the facility through 2012 on the back of its cloud ambitions. Harris exited the cloud hosting business and sold the facility back to DBT last year for a reported $35 million.

“I sold it to Harris Corporation, then Harris built out 350 kW pods that are Tier 3 certified," said Tolson. “Then Harris got a new CEO who was not supportive. He actually closed it, took a $140 million charge in the fourth quarter of 2012. Long story short, I bought it back.”

After the initial sale to Harris in 2010, DBT-DATA came to Ashburn, where its strategy was to market the facilities as a powered shell - undeveloped space with the power and fiber connectivity already in place. This allows for easy expansion for companies with the capital to build the data center infrastructure themselves.

DBT-DATA bought a corporate campus at Beaumeade Circle in Ashburn, right in the heart of Loudoun County's "Data Center Alley." It did a deal with RagingWire Data Centers for a 123,000 square foot powered shell, which became the hub of RagingWire's East Coast operations. Another of the buildings was recently sold to an unnamed global telecom provider.

The company offers powered shell out of Ashburn, while Harrisonburg is full turn-key.

“I think the prospects going forward are excellent,” said Tolson. “Ashburn as a market continues to grow, driven largely by interconnection opportunities and the rich fiber. In Ashburn, due to connectivity and pricing availability of power and the necessary talent pool from the human capital side, we will continue to expand and be very robust.”

“If you look at federal IT spending, it’s $83 billion in annual spend, and a good proportion stays here,” said Tolson. “Northern Virginia has a technology center that is highly undervalued in terms of how successful and robust the technology sector is.”

Tolson also believes that cloud will also continue to bolster the market. “Cloud will have a bigger impact on managed hosting providers,” said Tolson. “Even with the adoption of cloud and IaaS you will see there’s still the need for space power and cooling. Cloud adoption will actually bode well for data center demand.

DBT-DATA's strengths include its flexibility, access to capital, and the ability to be a capital partner to customers as well. Going forward, the company isn’t limiting itself to one particular model.