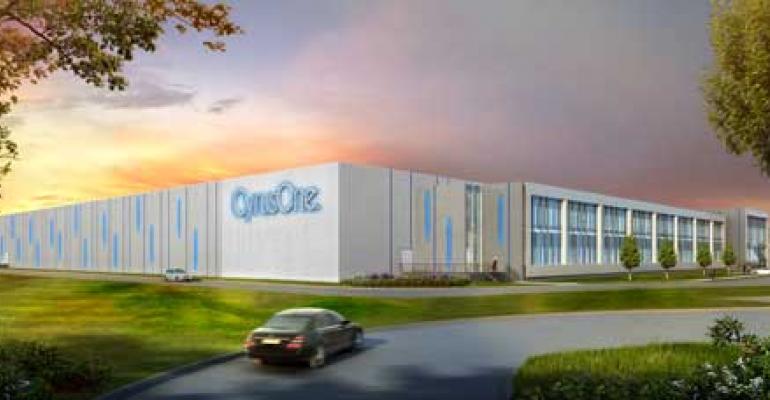 IT infrastructure provider CyrusOne officially started construction of its third data center at its Houston West data center campus, which serves as a center of high-density computing power for the energy industry.

An illustration of what the CyrusOne Houston West campus will look like upon completion. (Image: CyrusOne)

IT infrastructure provider CyrusOne officially started construction of its third data center at its Houston West data center campus, which serves as a center of high-density computing power for the energy industry. The company broke ground Thursday on the project, which will include 428,000 square feet of raised floor and up to 96 megawatts of critical load. The third building on the campus will eventually boost Houston West to more than 1 million square feet.

“CyrusOne’s ability to deliver high-performance compute (HPC) solutions, including its ultra-high density HPC solutions for the oil and gas industry, has made the Houston West campus a preferred data center destination and geophysical computing center of excellence for the energy sector,” said Gary Wojtaszek, president and chief executive officer of CyrusOne. “Adding a third facility at the Houston West campus enables us to serve the growing number of customers from the energy industry as well as other industries who need low to ultra-high density colocation space for their mission-critical infrastructure.”

The facility will be built to a 2N power redundancy. Customers have access to the CyrusOne National IX, a data center platform that links a dozen of CyrusOne’s facilities in multiple metropolitan markets. CyrusOne was also recently the first to receive multi-site data center certification from the Open-IX association.

The company has 25 carrier neutral facilities across the Unite States, Europe, and Asia. The company is building out a lot this year, having also announced a 48 megawatt facility in Northern Virginia.