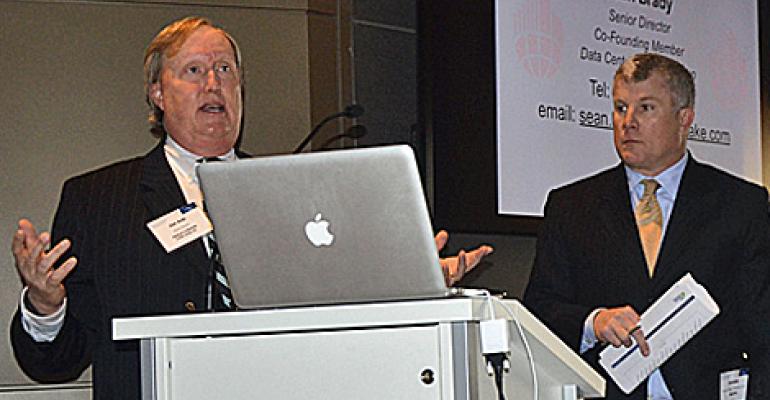 Competition among service providers has resulted in a growing menu of data center options for companies seeking space in the New York region, and in some cases may result in better pricing as well. 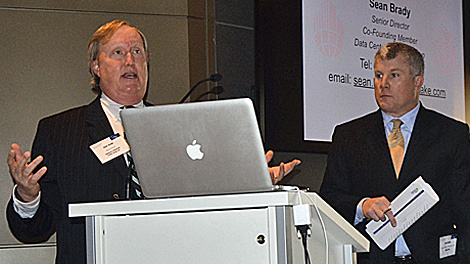 NEW YORK, N.Y. - Competition among service providers has resulted in a growing menu of data center options for companies seeking space in the New York region, and in some cases may result in better pricing as well. That was the key takeaway from industry experts at the Greater New York Data Center Summit, the latest installment in CAPRATE Events' series of conferences focused on data center real estate and finance.

The New York region has been a historic focal point for data center development, driven by the needs of Wall Street financial services firms and enterprise customers in the pharmaceutical and life sciences verticals.

"If you're a user, now is a great time to be looking for space," said Brady. "We see downward pressure on transaction pricing in New Jersey because of the amount of space available."

Brady estimates that there is about 2.3 million square feet of vacant space in New Jersey. That number is a little misleading because it includes future expansion space inside both the IO modular facility in Edison (housed inside an 830,000 square foot building) and the DuPont Fabros property in Piscataway. Two new data centers have already come online in 2014 (Internap and CoreSite, both in Secaucus), but are being built in phases.

"I would says there's probably a little oversupply in the market," he said. "But in New Jersey, you never know. A couple of users could come in and change the market very quickly. It sounds like there's a lot of vacancy, but as you dig deeper it narrows to a very small group of providers who can supply a substantial requirement. In New Jersey, we have major users who could change the market in 30 days."

The supply picture in  New Jersey is also influenced by geography and the diverse nature of the products in the market - which includes retail colocation, wholesale data center space, a modular data center provider and several build-to-suit specialists.

Two major factors in the New York market have been the aftermath of Superstorm Sandy and Google's purchase of the data hub at 111 8th Avenue. The Sandy-related flooding in lower Manhattan prompted some providers to seek higher ground. A prominent example was Datagram, which was hit hard when the storm surge from Sandy took out fuel pumps at 33 Whitehall, and has since migrated into new space at Sabey's Intergate.Manhattan facility at 375 Pearl Street. But often the choice is to look off Manhattan island.

"Most of our clients are looking to get out of New York City," said David Spiewak, the CEO at DJS Group, which provides data center consulting and brokerage services in the New York area. "Ninety five percent of the time (their choice) is New Jersey."

That was the case for Internap, which this year will be migrating its existing tenants from Google's 111 8th Avenue building into its new facility across the river in Secaucus. Google’s stance on data center tenants at 111 8th has been the subject of much speculation since Google acquired the building in 2010 for $1.9 billion. After initial speculation that Google acquired the building to control a strategic Internet intersection, the company said its goal is to gain office space for its growing business operations in New York.

Brady said that "2013 was not a good year for the New Jersey and New York market because of Sandy. We feel 2014 and 1015 will be stronger. We're seeing stronger demand."