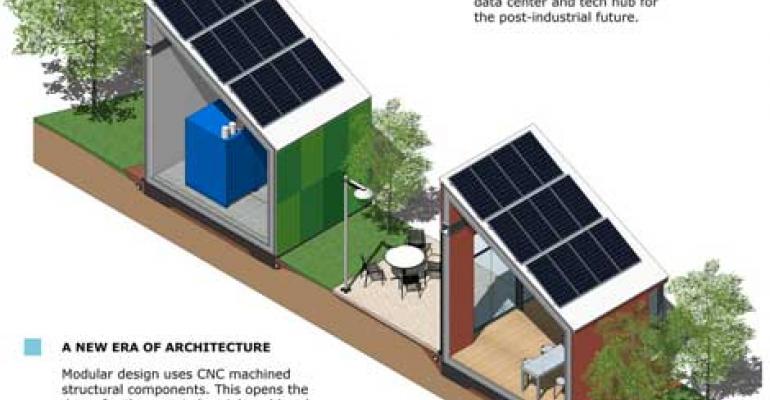 Many are turning to crowd-funding website Kickstarter to get projects up and running. One project from Rurban aims to create a data studio, a data center and tech hub for entrepreneurs in emerging communities. 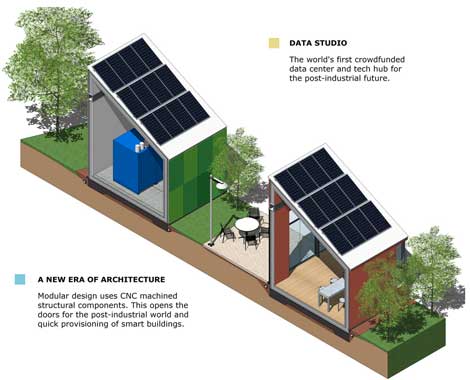 A look at an early concept for Rurban's Data Suite tech community hub.

Can crowdfunding get a data center project off the ground? Tech incubator Rurban has turned to online crowdfunding site Kickstarter to raise money for Data Studio, a data center and tech hub for entrepreneurs in emerging communities. The goal is to raise $150,000 by March 31, for the architectural design of the Data Studio and a feasibility study to determine the first location. Like all Kickstarter campaigns, the project won’t launch if it doesn’t hit its monetary goal.

Kickstarter is a crowd-funding website that has grown in popularity as a way to launch projects. Since its launch in 2009, more than $995 million has been pledged by more than 5.7 million people, funding more than 56,000 projects.

Rurban is a startup focused on tech-driven economic development, deriving its name from blending "rural" and "urban." It wants to create a high-energy office where startups can cross-pollinate ideas and develop products. Startups will rent space to grow their business, and the Data Studio will connect them to professional networks, consultants and funding. The 5,000 square foot facility will include a data center that will offer critical networking, cloud computing and app development platforms to the resident startups. It will also provide internet exchange points to emerging communities.

"The vision is to give entrepreneurs a driven environment where they can come together and build new and better things, create jobs, and even inspire the next generation,” said Josh Sanabria, CEO of Rurban. “It is beautiful to see people succeed and to bring opportunities to new places and that is what we are doing here.”

Sanabria said the Data Studio is similar in vision to that of WikiHouse, an open source hardware and software platform for architecture; the Open Compute Project, launched in 2011 by Facebook to openly share designs of data center products.

The mission is to spark creativity in young companies by giving them the right tools and contacts to accomplish their goals. Of course, there’s a long way to go. There are different pledge levels offered, each with incentives based on the pledge. It’s also important to note that if the project isn’t fully funded, participants never have to pay their pledge. The Kickstarter just launched and is available here.

Here's a video in which Sanabria reviews the concept for the Rurban Data Center.