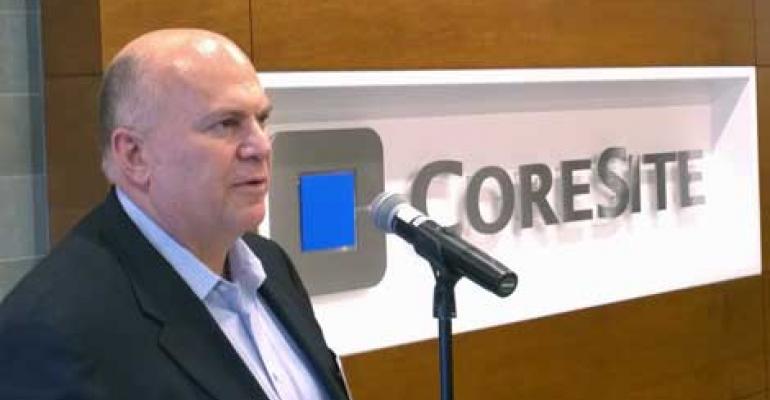 CoreSite Realty (COR) has opened the doors on its new facility in Secaucus, N.J., which is its second in the New York market, building on its presence at 32 Avenue of the Americas in Manhattan. 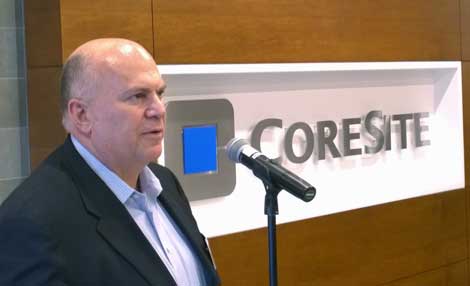 CoreSite Realty is the latest arrival in Secaucus, located about five miles due West of lower Manhattan. On Tuesday the company opened the doors on its 283,000 square foot facility, which is its second in the New York market, building on its original presence at 32 Avenue of the Americas in Manhattan.

The Secaucus site provides low latency fiber access to major data centers in New York City, while offering significant savings on the cost of power. Industrial electric rates are about 10 cents per kilowatt hour in Secaucus, compared to 17 cents in Manhattan, according to CoreSite.

"We believe that not as many kilowatts (of data center capacity) need to be in Manhattan where it costs twice as much," said Tom Ray, the CEO of CoreSite. "But they want to be near Manhattan. We feel there's a great long-term opportunity here, and a pretty good short-term opportunity as well. Our first steps are very encouraging."

CoreSite has some familiar neighbors. Its new facility is around the corner from a new Internap data center and not far from a major campus for Equinix.

CoeSite has invested about $100 million to retrofit an existing building, a process that took about eight months. The first phase includes 65,000 square feet of data halls on the first floor of the building, where the electrical and cooling infrastructure also resides. The second floor provides space for seven data halls, which are each about 12,000 square feet and provide 1.5 megawatts of crtical power for IT equipment.

The new building provides CoreSite with plenty of space to grow beyond the footprint of its original data center in 32 Avenue of the Americas, which opened in 2008.  The company's expansion arrives at time of considerable movement in the New York area data center market, where the activity is driven by two developments - the aftermath of Superstorm Sandy and the shrinking footprint for data center space at the Google-owned carrier hotel at 111 8th Avenue.

CoreSite now has 16 data centers in nine markets, with facilities spanning 2.5 million square feet of data center space. The company has been a strong performer on Wall Street, gaining 16 percent in 2013 after a 55 percent gain for its shares in 2012. Ray says CoreSite isn't always flashy, but has benefited from its focus on execution.

"There's no magic or silver bullet," said Ray. "You pick a location that works, with service delivery that excels. We're methodically executing our plan, and adding more inventory in a business that works."

Later this week we'll provide a look at the design of new CoreSite Secaucus data center. In the meantime, here's a look at an ice sculpture of the CoreSite logo that was featured during the reception after Tuesday's opening. 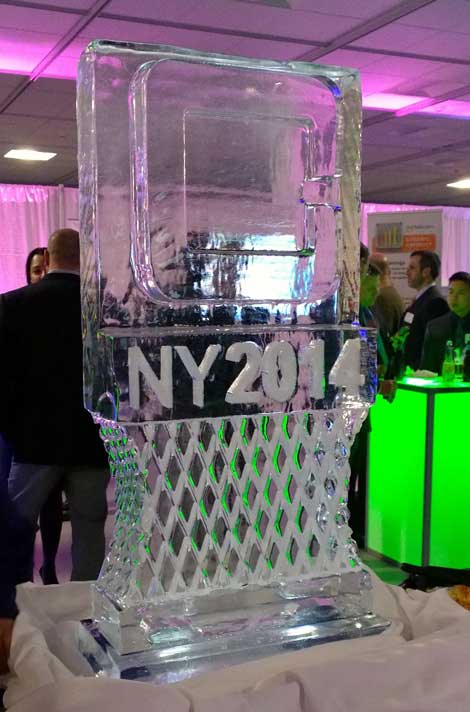