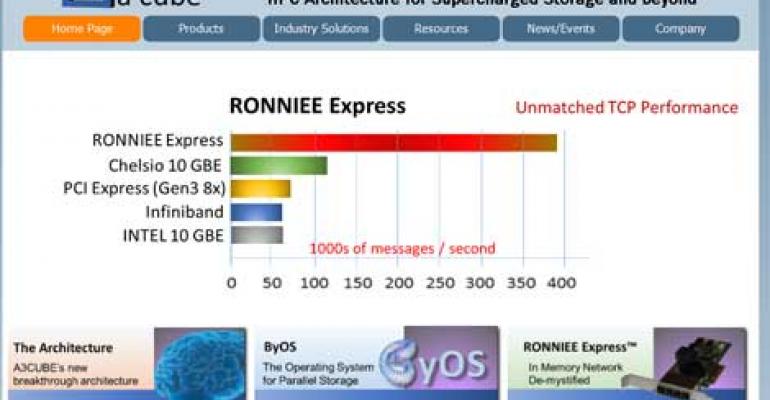 Silicon Valley startup A3Cube emerged from stealth mode today, and is looking to introduce a dramatic shift in network architecture, built atop a "brain inspired" design for PCIe network cards. 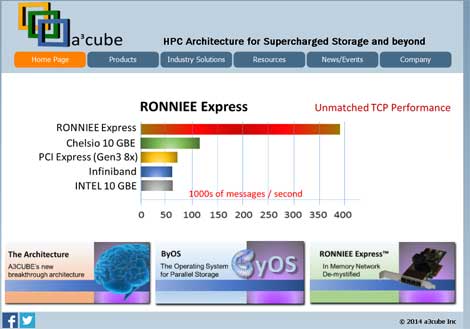 Silicon Valley startup A3Cube emerged from stealth mode today, and is looking to introduce a dramatic shift in network architecture. The company is backed by five years of research and development, and has been in business for a little over a year.

“Today’s data center architectures were never designed to handle the extreme I/O and data access demands of HPC, Hadoop and other Big Data applications,” said Emilio Billi, founder and CTO of A3CUBE. “The scalability and performance limitations inherent in current network designs are too severe to be rescued by incremental enhancements. The only way to accommodate the next generation of high performance data applications is with a radical new design that delivers disruptive performance gains to eradicate the network bottlenecks and unlock true application potential.”

RONNIEE 2S is a PCIe-based intelligent NIC designed to maximize application performance using a combination of hardware and software. It provides multiple channels with sub 1 microsecond fast direct remote I/O connections. RONNIEE RIO is a general purpose NIC supporting Ethernet and memory-to-memory transactions in a 3D torus topology that can plug in any server equipped with a PCIe slot. This empowers a scalable interconnection fabric based on a patent-pending shared memory architecture that implements the concept of distributed non-transparent bridging.

RONNIEE 3 is a card designed to extend the capability of RONNIEE 2S and optimized for high performance data environments. The In Memory Network provides full support for memory-to-memory transactions without the usual software overhead.