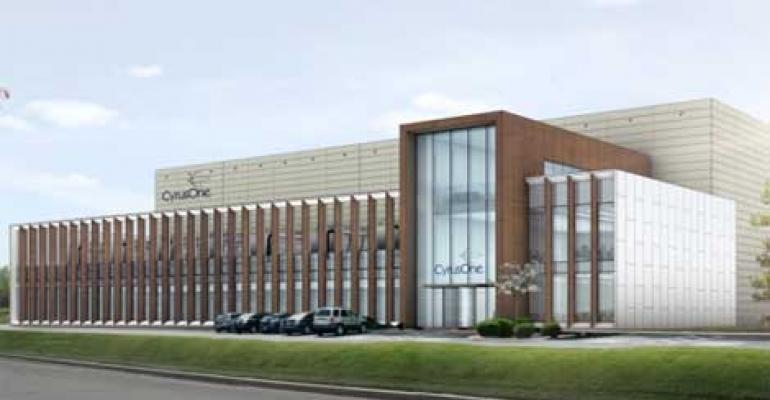 An illustration of the planned CyrusOne data center in Herndon, Virginia, where the company has bought 14 acres of land. (Image: CyrusOne)
Companies>CyrusOne

Cyrus One Will Build 48 Megawatt Facility in Northern Virginia 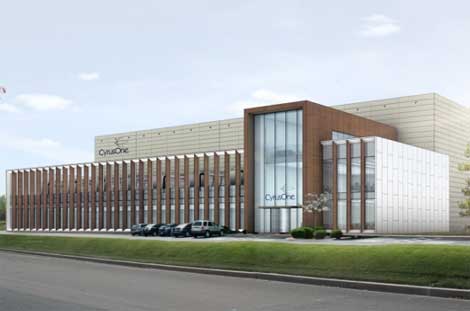 An illustration of the planned CyrusOne data center in Herndon, Virginia, where the company has bought 14 acres of land. (Image: CyrusOne)

CyrusOne officials said the company will expand into one other new market in 2014, which will be announced later this year. The company has a footprint of 1 million square feet of space in 23 data centers concentrated in Texas, Ohio and Phoenix. CEO Gary Wojtaszek said CyrusOnethe expects to be successful in northern Virginia, one of the most competitive data center markets in the country.

"That's the market where we're gotten the most requests from our customers," said Wojtaszek. "We've been building space around the country and selling it out at a record pace. We're seeing a lot of demand, and we feel pretty confident."

CyrusOne expects to spend between $26 million and $30 million to build out the first phase of the northern Virginia facility, which will feature about three megawatts of critical power capacity. It can expand in phases, and expects to construct new data center space at an average cost of about $7 million per megawatt over the life of the facility.

Loudoun County is already home to 5.2 million square feet of space in more than 50 existing data centers, with another 1 million square feet of space under construction. Service providers that are active in the market include Equinix, DuPont Fabros Technology, Digital Realty Trust, RagingWire, Latisys, COPT, AT&T, Verizon Terremark, CenturyLink Technology, EvoSwitch and many others.

In a conference call with analysts, Wojtaszek said CyrusOne isn't intimidated by the competition in Ashburn's "Data Center Alley."

"In Dallas, we compete every day with everyone," he said. "We feel we can be complementary to the existing product in that market. If we stick to our knitting, we know we'll be successful in Virginia. DFT and DLR (DuPont Fabros and Digital Realty) are predominantly doing wholesale deals without a lot of services.  Our sweet spot is smaller deals with more services attached."

CyrusOne leased approximately 47,000 square feet of colocation space in the fourth quarter, or about 7.3 megawatts of power. The company added one new Fortune 1000 customer in the quarter, bringing the total to 129 customers in the Fortune 1000 and 612 customers in total. About 85 percent of the company's colocation footprint is occupied, compared to 78 percent at the end of 2012.