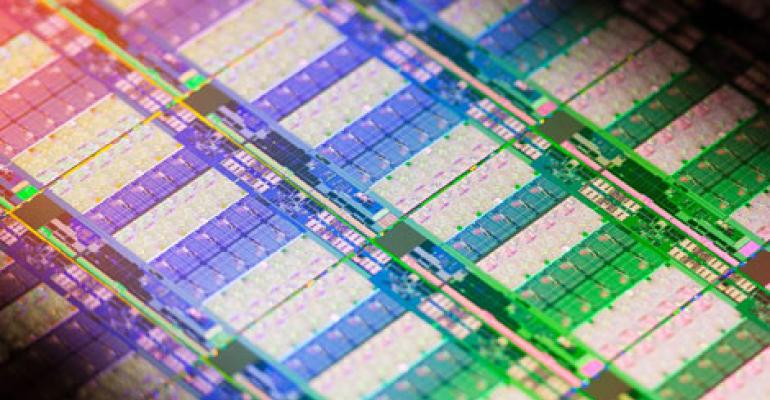 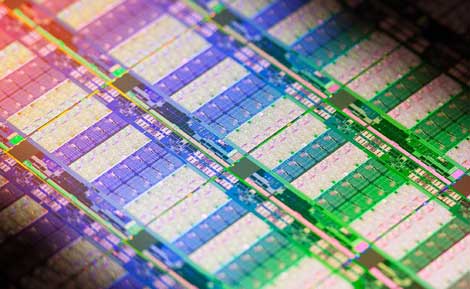 The Xeon E7 8800, 4800 and 2800 v2 processors are targeted for advanced analytics jobs. Formerly code-named "Ivy Town," the new processor uses 22 nanometer process technology, and ranges from 6 to 15 cores with two to eight sockets.

With growing opportunities arising from Big Data and Internet of Things (IoT), companies are boosting investment in high-performance technologies and analysis solutions that can deliver significant cost savings. Intel's own IT organization has harnessed the power of analyzing big data and connected devices, and expects to achieve cost savings and increased bottom-line revenue of nearly half a billion dollars by 2016 through the use of analytics solutions.

In-Memory Analytics As A Selling Point

The Intel Xeon processor E7 v2 family has triple the memory capacity of the previous generation processor family, allowing much faster and thorough data analysis. This is coupled with in-memory analytics in the system memory rather than on traditional disk drives.

Dramatic improvements can be witnessed with the use of in-memory analytics, delivering complex analysis in minutes instead of hours. The Intel E7 v2 (code named Ivy Bridge EX) is built for up to 32-socket servers, with configurations supporting up to 15 processing cores and up to 1.5 terabytes of memory per socket, the new processor family achieves twice the average performance of the previous generation.

New memory capabilities support transaction-intensive in-memory analytics with up to 6 terabytes (TB) in a four-socket platform and 12 TB in an eight-socket platform. The new chip also features Intel Integrated I/O, Intel Data Direct I/O and support for PCIe 3.0, achieving up to four times the I/O bandwidth over the previous generation9 and providing extra capacity for storage and networking connections.

With the new E7 v2 family of processors, Intel notes a delivery of up to 80 percent more performance and up to 80 percent lower total cost of ownership, when compared to alternative RISC architectures. With the addition of in-memory computing features, test results show a 148 times faster performance over disk-based solutions. The new processor family achieves twice the average performance and has four times the I/O bandwidth of the previous generation of Xeon processors.

Attesting to the performance improvements made in the new family, Intel announced that 20 new world records were set - with seven coming from Cisco UCS, and others from Dell, Fujitsu, HP, Huawei, IBM, NEC and Sugon. 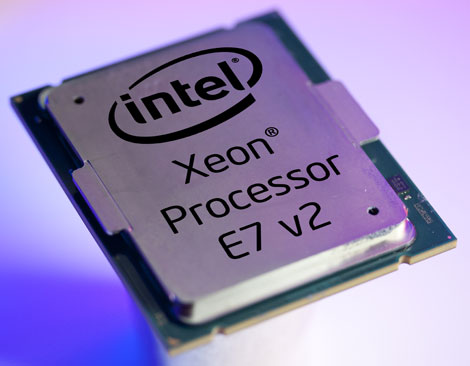