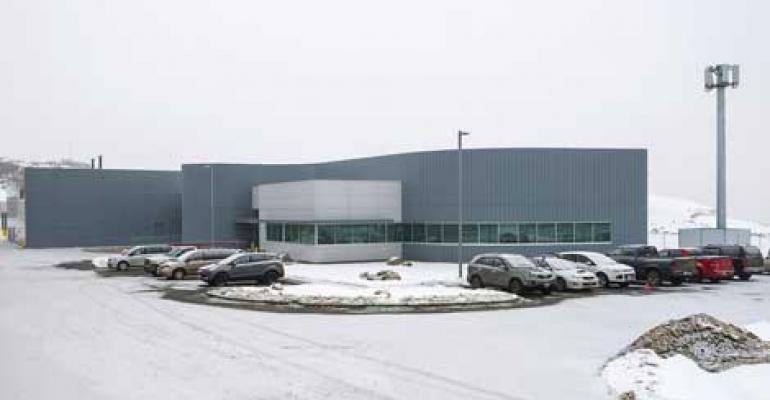 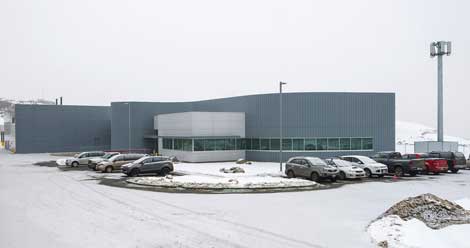 "The Kamloops Internet Data Centre will be the cornerstone of our national next-generation cloud computing services, handling complex data storage and offering unsurpassed connectivity, superior functionality, state-of-the-art security and industry-leading reliability to our clients," said Lloyd Switzer, TELUS senior-vice president of Network Transformation. "The centre’s modular design and ability to expand to meet the growing demands of our clients is rooted in our passion for putting customers first in all we do, and positions TELUS to lead the industry in sustainable data centres."

TELUS invested $75 million in the data center, part of $3 billion in infrastructure and facilities upgrades TELUS is making across British Columbia from 2012 through 2014. This builds upon the $29 billion TELUS has already invested in operations and technology throughout the province since 2000.

"Kamloops is the perfect location for this world-class centre due to its geography, climate, proximity to our networks and clean power, and the presence of a highly skilled workforce," said Switzer. "The completion of one of the most environmentally sustainable data centres in the world is something all of us, especially the local community, should be very proud of."

The data center will use outside air for cooling 99 percent of the year. Its effective use of power will require at maximum only 40 hours of mechanical cooling energy per year. The company states this will keep over 2,300 tons of carbon dioxide from the environment annually, equivalent to 10,000 Canadian households (or 12 American ones … kidding). The facility is built to LEED standards and has receive Tier III reliability certification from the Uptime Institute for Design and Construction, making TELUS the only Canadian company to achieve this twice, in Kamloops and Rimouski, Quebec.

"TELUS’ investment in our city supports that Kamloops is recognized as not only a green and sustainable community, but also as a centre of innovation for business," said Kamloops Mayor Peter Milobar. "As this project comes to completion, we'd like to congratulate TELUS, and look forward to an ongoing relationship."

Skanska/Inertech’s advanced cooling system is a big reason the facility is so environmentally sound. Skanska has been partnered with TELUS for several years, and together have been building impressive facilities.

“Three years ago we met with TELUS,” said Farland. “TELUS had sought different folks to respond to an RFP to a data center they were constructing. They advertised as an open design build construction. We emphasized the importance and ability the technology would have to drive operational efficiency. Telus was at the forefront of the embracing the technology. They became comfortable because of the performance guarantee.”

That performance guarantee was an annualized PUE of 1.15. “It’s almost unheard of, this is a real differentiator in the market for Skanska to stand behind this work,” said Farland.

Originally there was a master agreement to develop two sites, the new Kamloops data center and one in Rimouski Quebec. Based on the results, there’s a good chance the partnership will continue.

The facility is one prime example of how Skanska is helping to develop some of the most efficient facilities in the world.

"There’s some pretty wonderful things happening beyond what we’ve done here,” said Farland. “We recognized that refrigerant closed loop isn’t for everyone. There’s some spectacular air-side economization going on as well. One of the things we’ve done is invested in personnel and engineering teams within the organizations. We’ve done a pretty diverse set of projects. Optimizing all different kinds of mechanical solutions. It’s important to have that kind of diversification; you have to take into account those geographies one is building in."

Skanska has done a lot of enterprise business, working with financial and government clients, but its seeing a lot more interest in the colocation world. “Multi-tenant data centers continues to be a point of emphasis,” said Farland. “We recently won a project with one of the largest colocation providers. We’re diversifying.”

The Kamloops Data Center created 75 permanent Canadian jobs, 25 of them in Kamloops, and 200 jobs during construction. TELUS will create more local construction jobs when additional modules are added to the center in coming years. The center was designed to be scalable.