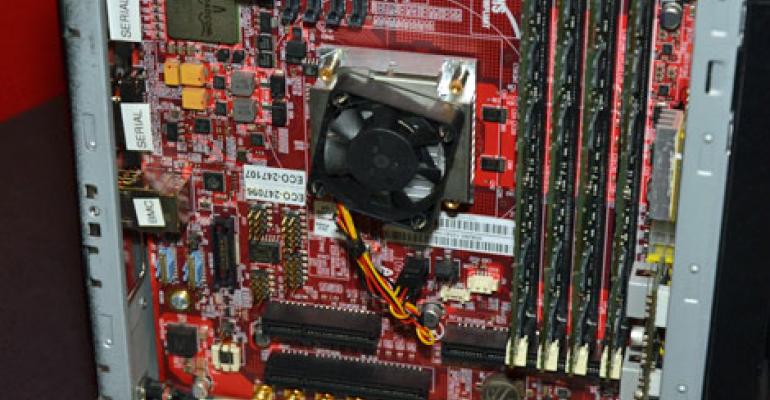 Just two months after the best-known ARM server vendor abruptly closed its doors, two leading technology companies - AMD and Dell - are seeking to establish leadership in this emerging segment of the server market. 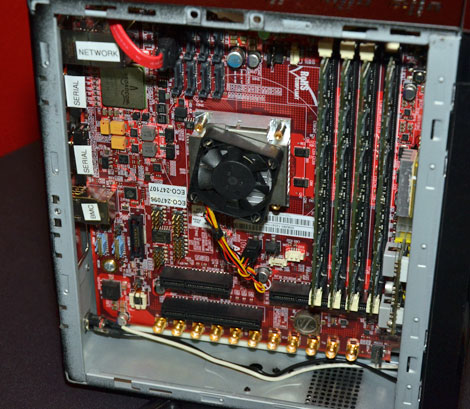 The AMD Opteron A1100 Series will be fabricated using a 28 nanometer processor technology. AMD is offering a development platform, including an evaluation board and software suite, with servers to follow in March. AMD is contributing its ARM microserver design to the Open Compute project, and says it will be compliant with the group's "Group Hug" standard for a common motherboard.

"At AMD, we will be the leaders in ARM CPUs and servers," said Andrew Feldman, Corporate Vice President and General Manager at AMD. "I believe that by 2019, a quarter of the server market will be running on ARM."

Today Dell revealed a proof-of-concept for a 64-bit ARM server based on Applied Micro’s X-Gene 64-bit ARM technology. The unit was developed by Data Center Solutions, Dell's hyperscale computing unit, and will be available in the company's solutions center in Texas.

"As the ARM server ecosystem is still developing, our focus has been on enabling developers and customers to create code and test performance with 64-bit ARM microservers in order to foster broad-based adoption," said Stephen Rousset, Director of DCS Architecture at Dell.

The server market has been awaiting the arrival of production-ready ARM servers for some time. Chips from UK-based ARM Holdings are widely used in iPhones, iPads and other mobile devices that offer computing power in a compact format. As the data center market has focused on energy efficiency, ARM servers have hailed as a potential game-changer in the server arena, offering a low-energy alternative to traditional x86 servers.

But adapting ARM chips for servers has been a slow-moving process. One of the leading players in this effort was Calxeda, which went through $100 million in funding seeking to develop ARM server hardware before shutting down in December.

"I've gotten a lot of questions about the health of the ARM ecosystem," said Frank Frankovsky, Chairman and President of the Open Compute Project. "ARM has been listening to our questions. I think the ARM ecosystem is continuing to gain momentum and strength. In the next six months we'll see more higher performance parts available to challenge x86 across a broad spectrum of workloads. My personal opinion is that we'll see production-ready hardware in late 2014 and implementation in 2015."

"We see this as a five-year revolution," said Ian Drew, the Chief Marketing Office for ARM. "We'll see monolithic structures breaking down as the cloud becomes real."

At the Open Compute Summit, ARM announced the Server Base System Architecture, a platform standard for ARMv8-A based 64-bit servers. The standard is designed to provide a common framework for the 17 companies building solutions atop the ARM architecture - a group that includes AppliedMicro, Cavium, Dell, HP, Texas Instruments, Broadcom, Canonical, Citrix, Red Hat and Linaro.

"It was done so the apps guys don't have to port things 17 times. They can port it once," said ARM's Drew. "It takes away the roadblocks that could stop this data center revolution." 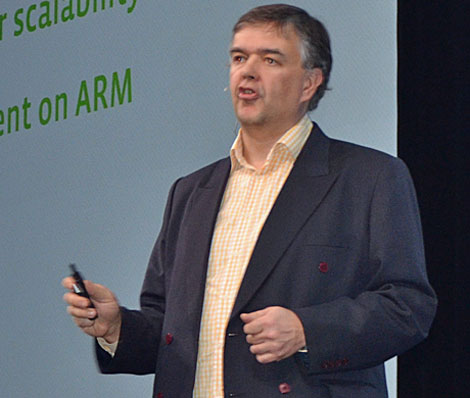 "They are standardizing the way all software looks at ARM processors," said AMD's Feldman. "While some may complain that the ARM software ecosystem is not mature, I'd say we're through our gangly growth years."

AMD believes interest in ARM servers remains strong. "Nobody's told me they're not interested in ARM," said Feldman. "It's always 'when can I get parts.' We will have parts in March. By June and July we'll be fully ruggedized and battle-tested."

Feldman acknowledges that after several years of ARM being deployed in testing and development environments, the market wants to see production hardware.

"The talking's been done," he said. "It's time to get some design wins and deliver some product to customers. 2014 is that year."

Where might ARM gain traction? Feldman predicts that storage is one area where ARM can excel, along with caching technology like memcached and use in web site hosting. "The sophisticated buyers are where you'll see the adoption, because that's where cost per compute matters," he said. "Hyperscale will flock to ARM."

But there's plenty of competition in the low-energy server arena, including new 14nm Atom chips from Intel.

"I think it's foolish to underestimate the power that Intel's going to bring to bear," said Feldman. 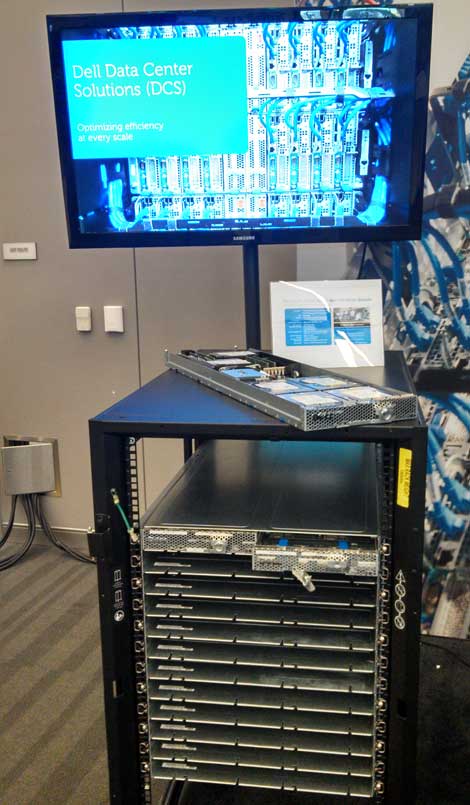 Today Dell showed off a proof of concept of a 64-bit ARM server for the hyprscale market. (Photo: Dell)