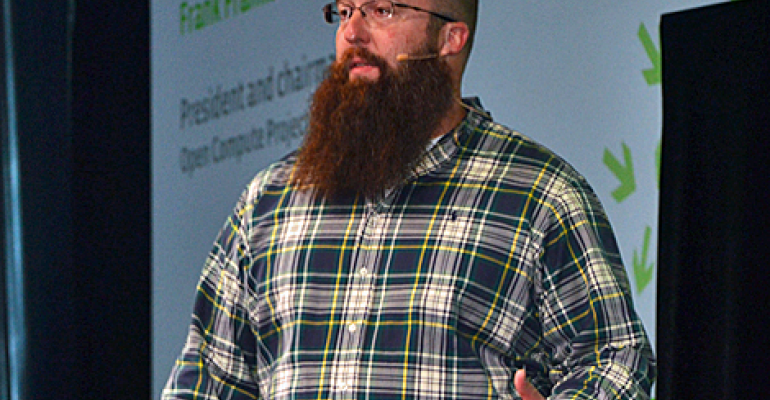 Open Compute Gets Down to Business, With New License and Certifications

As it continues to grow, The Open Compute Project is moving closer to a tipping point that creates lasting change in how IT equipment is built and sold. This raises a new set of questions: Can the revolution give birth to successful businesses? 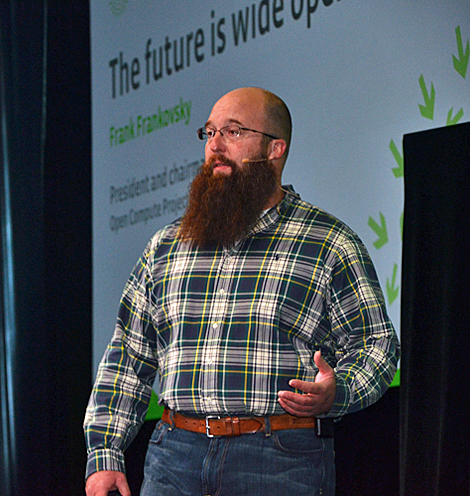 Frank Frankovsky, chairman and president of the Open Compute Project Foundation, sees the solution provider community as a key enabler of open hardware innovation. The project has announced new licensing and certification programs for participants. (Photo by Colleen Miller.)

As it continues to grow, The Open Compute Project is moving closer to a tipping point that creates lasting change in how IT equipment is built and sold. This raises a new set of questions: Can the revolution give birth to successful businesses? Can the passion of Open Compute translate into profits?

As it nears its third birthday, the project is working to create business opportunities for solution providers and enterprises that are critical to the success of Open Compute as a business ecosystem. Licensing and certification may not seem as exciting as building cool hardware. But they matter when it comes to selling cool hardware.

That's why the project has added a second licensing option. Current contributions to Open Compute are governed by a relatively permissive license modeled on the Apache Foundation that is designed to encourage wide sharing and innovation. It is  now adding a second license, modeled on the General Public License (GPL), that will require anyone who modifies an original design and then sells that design to contribute the modified version back to the foundation.

Frank Frankovsky, the Chairman and President of Open Compute, believes the new licensing option will prompt even broader participation in OCP.

"When we looked at what happens with a GPL-style license, we saw that the requirement to give derivative works back to the project would further accelerate innovation," said  Frankovsky. "People would say 'I would give more, but I don't want to give my competitor a free ride.' They have a choice now."

These companies "are a very important part of the ecosystem," Frankovsky said. "The solution providers are becoming key contributors."

OCP has also created a new certification process for compliance and interoperability, with two levels:  OCP Ready and OCP Certified. The project has established two new labs in Taiwan and San Antonio to review and certify hardware products for compliance. WiWynn and Quanta QCT were the first two providers to gain certification.

"This is a big achievement for us," said Mike Yang, VP and General Manager of Quanta QCT. "We're getting a lot more inquiries from customers asking for OCP racks. Things are very promising."

Open Compute has helped accelerate a trend in which large hyperscale computing companies work directly with server vendors - either original equipment manufacturers (OEMs) like HP and Dell or original design manufacturers (ODMs) such as Quanta or WiWynn - to create servers that are optimized for specific customer workloads.

"The critical role that the solution providers play is that they're building businesses based on how technology is going to be delivered to customers," he said. "They approach this in a consultative selling role. In my opinion, that's the way businesses should work. There are very healthy businesses that can be built atop open source."

A Role for the OEMs?

Notable in their absence from the solution provider list are Dell and HP, the leading incumbents in the OEM sector. Both companies were at last week's Open Compute Summit - with Dell announcing a reseller agreement with Cumulus Networks - but most of the customer wins seemed to be originating with the OCP solution providers.

"The OEMS are having a really tough time in figuring out how to work with Open Compute," said Wesley Jess, Vice President of Supply Chain Operations at Rackspace Hosting. Rackspace has long-standing relationships with both OEMs, and continues to work with them on solutions for managed hosting customers. But the company is shifting its cloud solutions to hardware based on OCP designs, working primarily with Quanta.

Another growing provider adopting Open Compute gear is IO, which announced a new OpenStack cloud product running on OCP hardware developed with AMAX. During his keynote at the Open Compute Summit, IO CEO George Slessman launched a virtual machine on the IO.Cloud from his iPhone.

"You know how many licenses we paid on this?" Slessman asked. "None. The barriers are coming down."

The scope of Open Compute is growing, as the project pushes into networking hardware and contemplates future initiatives for storage.

"It's onward and upward," said Frankovsky. "If you look at the scope of what Open Compute is involved in now, the scope of it is huge. The thing that's really impressive is that the community is so passionately engaged. You have these big problems that no one company can solve. You have to create a community to solve that. The future of the industry is wide open for us to invent."