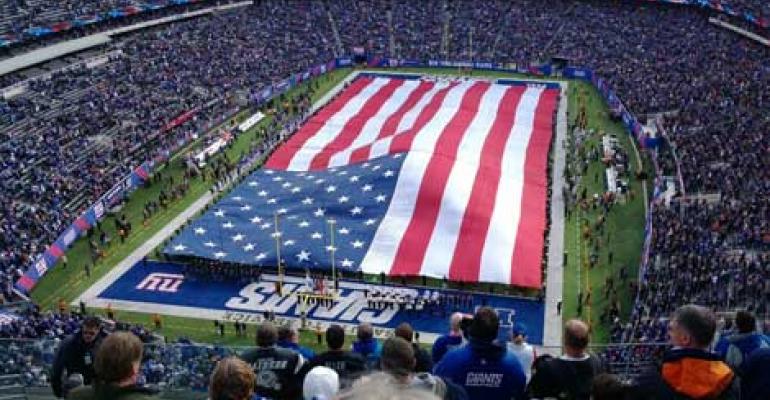 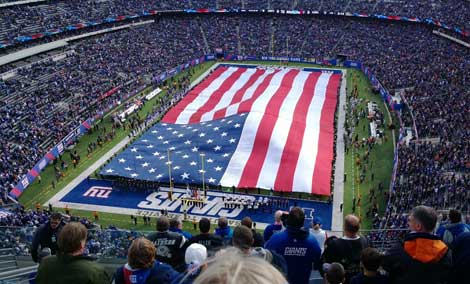 MetLife Stadium in East Rutherford, N.J. will be the site of the Super Bowl on Feb. 2. The NFL has teamed with Level 3 on TV broadcast connectivity for the game. (Photo: Rich Miller)

This year the event comes with the added complexity of building a separate broadcast location in Times Square for FOX Sports. The Times Square remote location includes 4,500 square feet of temporary office space, using more than 200,000 feet of cable.  In total, more than 5,000 hours of video content will be acquired, encoded and transported across Level 3's Vyvx VenueNet+ platform as part of the Super Bowl coverage.

"Last year's Super Bowl broadcast was viewed by an estimated total audience of 108.4 million viewers in the United States – making it the third most-watched television program in history – and Level 3 was instrumental in making that happen," said Mark Taylor, vice president of Media and IP Services at Level 3. "We've worked with FOX and the NFL for many years, so we know how important it is to provide a seamless viewing experience for their businesses and viewers. From planning and strategy to build-out and execution, we're there every step of the way."

This year, the Super Bowl will be hosted at MetLife Stadium in East Rutherford, N.J., which is connected directly to Level 3's advanced fiber-optic network, enabling the TV broadcast of the event. As part of the service, FOX will also use Level 3's JPEG 2000 compression services, which the broadcaster employed at all NFL venues during the 2013 season. In total, more than 5,000 hours of video content will be acquired, encoded and transported across Level 3's Vyvx VenueNet+ platform as part of the Super Bowl coverage.

"This is the first time in history the Super Bowl will be played outdoors in winter weather conditions. As part of the celebration for this unprecedented event, FOX will incorporate Times Square for a weeklong event of coverage prior to the game." said Keith Goldberg, vice president Global Operations & Transmission Services at FOX Networks Group. "More than ever, performance is critical, and Level 3's excellent track record of delivering the Super Bowl in addition to many of our previous professional sports broadcasts were ultimately key factors in our decision to work with them in 2014."

With a great effort going into the video production and broadcasting - and the power lessons learned from the last Super Bowl, hopefully the local utility provider can maintain power to the stadium.