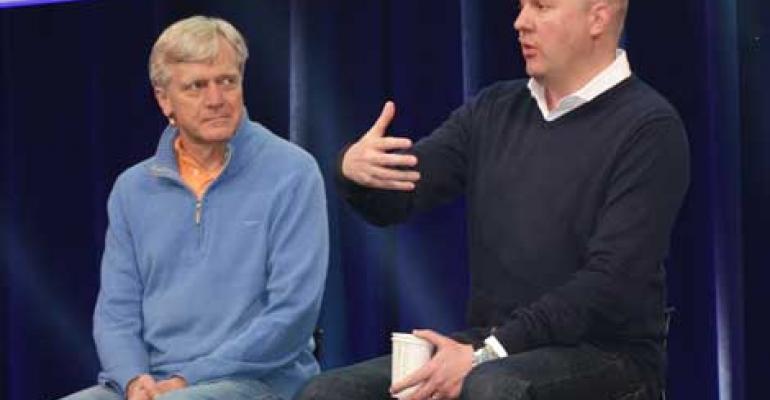 Andreessen Bullish on ARM in the Data Center. And Bitcoin!

Marc Andreessen, the Internet pioneer and founder of the venture capital firm Andreessen Horowitz, said he sees big changes ahead for the hardware sector and the data center. 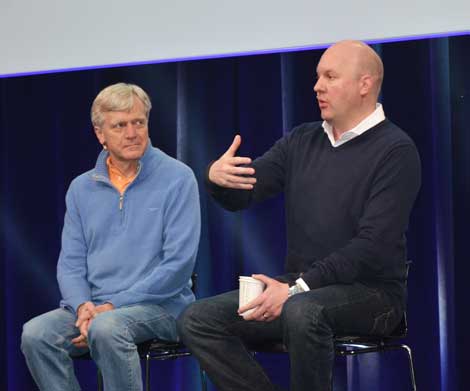 SAN JOSE - When it comes to the future of infrastructure, Marc Andreessen is bullish on ARM and Bitcoin. In a session at the Open Compute Summit, the Internet pioneer and founder of the venture capital firm Andreessen Horowitz said he sees big changes ahead for the hardware sector.

He sees a big opportunity for low-power processors from ARM Holdings, the UK firm whose chips power iPhones, iPads and a plethora of mobile devices. thus far, efforts to adapt ARM processors for servers have moved slowly. But Andreessen says the long-term outlook for ARM is strong.

"I think data centers in the next 10 to 15 years will run many of the same components that now run on smartphones," said Andreessen. "The reason I'm so bullish on ARM in the data center is that every large Internet service is bound by the cost of the data center, and by being i/o bound."

Andreessen is best known for developing the modern web browser at Mosaic and Netscape, but has serious data center experience from his post-Netscape outing as founder of managed hosting service Loudcloud in 1999. Since cloud wasn't as cool at the time, the company changed its name to Opsware and focused on data center software before being sold to HP.

Now, through his venture capital firm, Andreessen is investing in disruptive technologies. Sharing the stage with Arista Networks chairman and Sun co-founder Andy Bechtolsheim (more tomorrow on his thoughts), Andreessen discussed his firm's expectations for big changes in networking and storage.

Andreessen was most enthusiastic in discussing the potential for Bitcoin, pumping his fist at the mention of the cryptocurrency. Andreessen Horowitz recently announce a $25 million investment in Coinbase, which offers a Bitcoin wallet.

"Bitcoin is the first thing like the Internet since the Internet," said Andreessen. "The amount of hardware and imagination that will be put behind it will be gigantic."

He noted the surprising pace of development for Bitcoin mining hardware, and the resulting burst in demand for data center space to house large mining operations seeking better power efficiency.

"Mining is the heart of Bitcoin," said Andreessen. "There's a ton of work going on in optimizing Bitcoin mining. We're now seeing fundamental advances in chip design and data center optimization. We're seeing a new wave of interesting chip designs. I think these custom chips will dominate mining. I never would have said that a year ago."

For more on Bitcoin mining and data center infrastructure, see our recent stories: