The Week in Review: Lenovo acquires IBM's x86 server business, Cisco gets Flashy with UCS, Bitcoin mining heads to the data center, the Savvis brand is no more, and Vantage signs 1.5 MW deal. 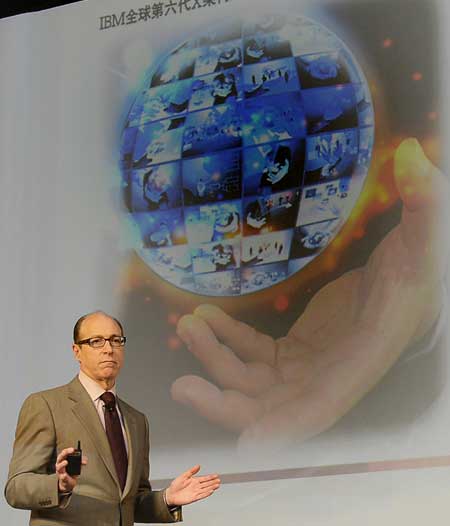 Cisco Boosts UCS Nexus Switches With Invicta Flash Memory - Seeking to address the growing focus on the role of the network in application performance, Cisco has announced an expansion of its Nexus Switching portfolio, boosting performance on Unified Computing System (UCS) compute fabrics by adding Invicta solid-state flash memory solutions based on technology it acquired with its deal to buy Whiptail last year. Cisco (CSCO) is also opening up its UCS Director to serve as a centralized control point for compute, network, and storage infrastructure.

As Bitcoin Infrastructure Booms, Mining Heads to the Data Center - After getting started in garages and server closets, bitcoin mining is moving into data centers and the cloud. Some traditional data center providers will benefit, but this transition also has the potential to enrich a new generation of entrepreneurs emerging from within the bitcoin community.

Vantage Signs 1.5 Megawatt Expansion Deal - Vantage Data Centers has announced an expansion agreement with a leading e-commerce company, which will lease an additional 1.5 megawatts of wholesale data center space. The customer is also extending the term of its initial 1 megawatt lease.