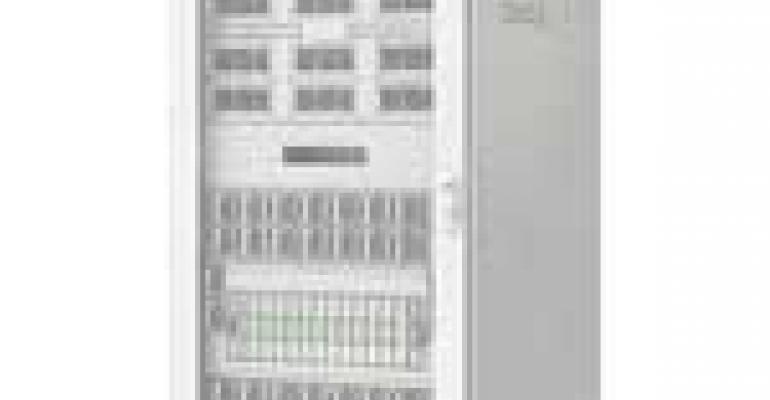 LSI powers Oracle Exadata X4 systems with PCIe Flash, StoneFly launches Twin Scale Out NAS appliances, and Juniper responds to a report from Elliot Management on suggestions the hedge fund made on how to improve business.

LSI powers Oracle Exadata X4 systems with PCIe Flash, StoneFly launches Twin Scale Out NAS appliances, and Juniper responds to a report from Elliot Management on suggestions the hedge fund made on how to improve business.

StoneFly launches Twin Scale Out NAS appliances.  Storage provider StoneFly unveiled its TSO "Twin Scale Out" NAS storage appliances. StoneFly TSO series appliances are designed for scaling - with up to 36 drives and 144 TeraBytes of storage per node, with a single global namespace and single file system. Content creation, transformation, production and archive, as well as unstructured data are best stored in large scale out NAS appliances like the StoneFly TSO.  TSO allows you to add server nodes on the fly as well as add CPU horsepower and storage capacity from additional TSO nodes. "TSO is the most scalable and resilient NAS in the market, utilizing the latest technology of no metadata, and establishing new storage standards in big data, media and cloud markets," said Mo Tahmasebi, president and CEO for StoneFly.

Juniper Comments on Elliot Management filing.  After making waves with Riverbed last week, Elliot Management has turned its focus on Juniper Networks. Elliot made a 13D filing, stating that Elliot-related funds beneficially own 6.2 percent of Juniper in stock and options. The presentation said that it wants Juniper to return money to shareholders and streamline its product offering. Juniper issued a statement, saying that it "continues to deliver improved financial and operational performance as evidenced by five consecutive quarters of year-over-year revenue growth and our continued efforts to streamline the Company's cost base." The company said it has not discussed the report with Elliot, but intends to review it carefully. The Juniper statement continued, by saying that it believes "Juniper has an innovative and robust product portfolio and is well positioned to deliver enhanced shareholder value and we are optimistic about the growth opportunities in the key markets we serve."