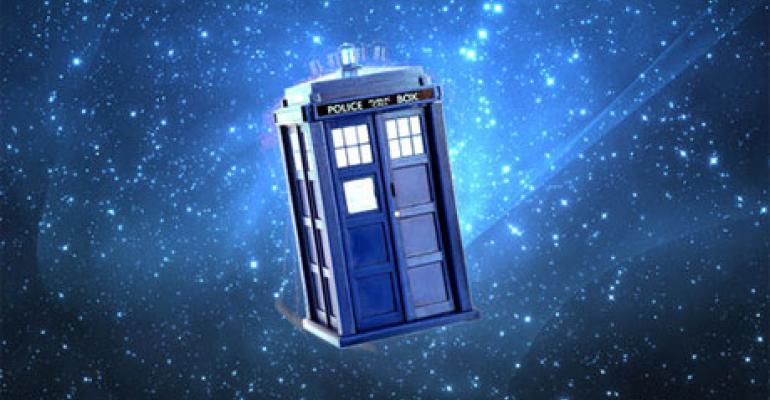 Emory University and Georgia Tech are teaming to create a new high performance computing cluster named TARDIS, a nod to the time machine spacecraft from the popular science-fiction TV series.

There's no sign yet that supercomputers have solved time travel. But Emory University and Georgia Tech are teaming to create a new high performance computing cluster named TARDIS, a nod to the time machine spacecraft from the popular science-fiction TV series.

Why the name? The schools note that the TARDIS' notable characteristic is that it's "bigger on the inside" - is that its interior is larger than its exterior. That's in line with the space-saving features of the new computer cluster, which has packed its computer power into one cabinet instead of the 20 cabinets that previously were required.

"The performance advantages will be significant, and the power savings are tremendous," says Dieter Jaeger, PhD, professor of biology and chair of the executive committee for high performance computing at Emory. "In addition, the old cluster was reaching the end of its expected life span and service contracts were running out. Having new hardware, all under warranty, bolsters reliability."

"On the new server, we can now process 20 exomes per hour, a 60-fold increase in speed," says Michael Zwick, PhD, associate professor of human genetics and scientific director of the Emory Integrated Genomics Core. "This is a dramatic improvement and will allow members of the Emory community to perform larger experiments faster and for less money. We will be a significant user of the new cluster and our computational services will be taking advantage of this exciting new capability."

The new cluster is configured as 12 nodes with 768 cores. 8 gigabytes RAM (four times more than previously available) are allocated to a single core. Larger amounts of RAM can be scheduled for a single core if necessary. More storage is available than previously: a total of 40 terabytes of storage space is High density Advanced Micro Devices "Abu Dhabi" processors are designed to consume less power and generate less heat.available for all Emory projects, all fully backed up.

The TARDIS cluster will be located at Georgia Tech in the Rich Computer Center, but the physical separation is expected to be negligible because of the 10 gigabit per second connection.

Hat tip to InsideHPC for the link.