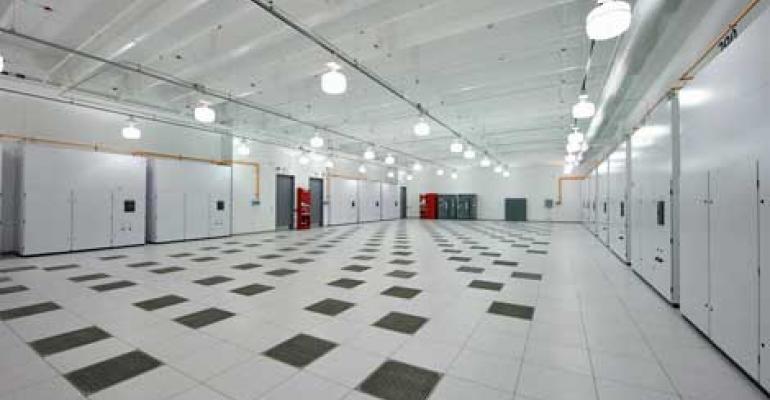 Data center demand from social media companies and cloud-builders contributed to a surge in leasing of wholesale data center suites in 2013, with total leasing volume up about 25 percent from 2012, according to a report from a real estate firm. 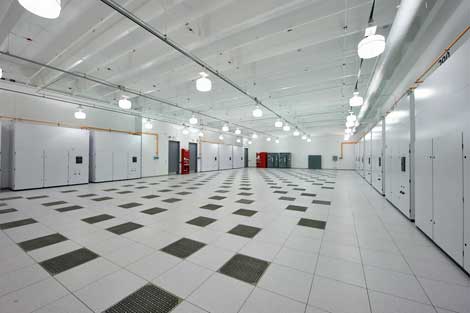 A look inside a wholesale data center suite, which provides turn-key space to host IT equipment. (Photo: DuPont Fabros Technology)

Demand from social media companies and cloud-builders contributed to a surge in leasing of wholesale data center suites in 2013, with total leasing volume up about 25 percent from 2012, according to a report from a real estate firm. Much of the action was focused on massive "super wholesale" deals that boosted the volume of leasing, but resulted in "significant downward pricing pressure," according to the year-end update from Avison Young.

"On the leasing front, 2013 was considerably better than 2012," said Jim Kerrigan, director of the Data Center Group at Avison Young. One significant trend is that the market for large wholesale deals expanded beyond the historic data center hubs in northern Virginia, Chicago, Dallas and Silicon Valley. During 2013, providers signed deals of 2 megawatts or more in Sacramento, San Antonio, Houston, Las Vegas, Atlanta, Denver and North Carolina.

In the wholesale data center model, a tenant leases a dedicated, fully-built data center space. This approach is popular with companies requiring large amounts space, typically 500 kilowatts or more. The model was pioneered by Digital Realty Trust, but has become much more competitive in recent years, with at least 10 providers booking substantial wholesale leases in 2013.

"There's a lot more product types out there, as well as space in more locations," said Kerrigan.

The biggest tenant in the market was fast-growing microblogging network Twitter, which committed to leases for more than 25 megawatts of data center space, including a long-term deal in Sacramento and an expansion of its space in Atlanta. Next up was Microsoft, which leased 17 megawatts of space across three markets to support its growing cloud computing operation.

The market was also boosted by several companies shifting from colocation to using wholesale data center suites. These included social network LinkedIn, which leased 14 megawatts of space with Digital Realty in Virginia and Dallas, and cloud storage provider Dropbox, which booked deals for 6.3 megawatts of space in three key markets (Ashburn, Chicago and Santa Clara).

Kerrigan says there is currently about 1.4 million square feet of wholesale space available nationwide, about 20 percent less than at this time last year. While supply is tightening at a national level, several markets have generous amounts of supply, especially Santa Clara, Calif.

That assessment aligns with recent comments from industry executives. "Silicon Valley is the one major market in the U.S. at risk of significant oversupply, whereas demand has been particularly strong in Northern Virginia, as well as in Dallas," said Michael Foust, CEO of Digital Realty.

Leasing in the wholesale market can be uneven, particularly with the emergence of super wholesale customers,  users with large Internet infrastructures who once built their own data centers, but are now looking to lease “plug-n-play” space from developers. Avison Young expects 2014 wholesale leasing to be roughly in line with 2013 levels, which means the inventory of available space will shrink over the year.

Much may depend on the strategy of one super wholesale customer. Microsoft accelerated its data center buildout last year, investing in new construction at several of its own company-built campuses, as well as leasing 17 megawatts of wholesale space. The company has reportedly scouted wholesale space in several additional markets. It remains to see whether it will opt to build or buy (or both) in 2014.