A Supercomputer Under the Hood: NVIDIA Chips Automate the Car

NVIDIA is harnessing the power of supercomputers to automate the automobile, enabling cars to detect pedestrians, monitor your blind spot, and provide warnings if a driver is wandering out of his lane. 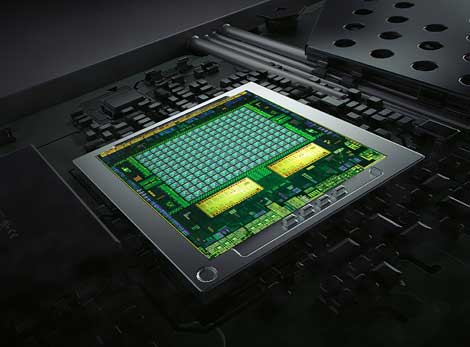 NVIDIA is harnessing the power of supercomputers to automate the automobile, enabling cars to detect pedestrians, monitor your blind spot, and provide warnings if a driver is wandering out of his lane.

At CES in Las Vegas this week NVIDIA (NVDA) launched the Tegra K1 mobile processor, an automotive-grade version of its GPU which is used in the world's top supercomputers. The K1 is intended to power a range of automotive applications in ways not previously possible with such low power consumption.

Preparing for the Self-Driving Car

Also hardened to withstand a wider range of temperatures, the K1 supports CUDA, NVIDIA's parallel computing platform. It is also fully programmable, so it can be updated with over-the-air software updates that support new functionalities as they become available from automakers.

"To process the steady deluge of sensor and camera data required by a self-driving car, NVIDIA is bringing highly energy-efficient supercomputer technology inside the vehicle," said Taner Ozcelik, vice president and general manager of the Automotive business at NVIDIA. "Tegra K1 solves this by providing 10 times the computing power of previous mobile processors without consuming additional energy."

Tegra K1 will be available to automotive OEMs and Tier 1 suppliers as a visual computing module (VCM), an innovative design first introduced two years ago. The Tegra K1 VCM delivers a full computer system for the vehicle, capable of running various operating systems including QNX, Android, Linux or Windows. Today there are more than 4.5 million cars on the road powered by NVIDIA processors, including the newest models from Audi, BMW, Tesla Motors and Volkswagen. 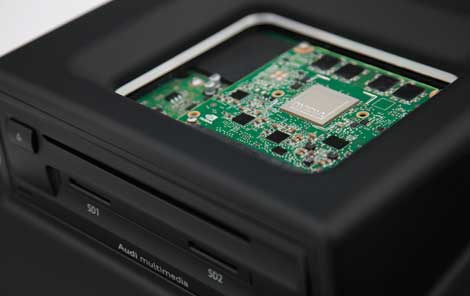 "Audi is a true leader in the development of advanced vehicle electronics," said Ozcelik. "Breakthroughs like the first navigation system based on Google Earth and the first automotive-grade tablet demonstrate Audi's strategy to fast track consumer electronics technology into the car."

Appearing first in the 2015 Audi TT sports coupe, a new fully digital instrument cluster will present information to the driver on a 12.3-inch, high-definition display. The virtual cockpit features refined digital gauges with smooth needle animation, as well as beautiful 3D maps, delivering an elegant, informative display. Drivers have the ability to configure the dashboard controls based on their personal preferences.

"Audi and NVIDIA engineers work closely together to develop hardware and software that truly delight customers," said Mathias Halliger, chief architect of Infotainment Systems at Audi. "With the flexible VCM platform, we are able to quickly bring to market a new generation of Tegra-based infotainment systems, as well as an integrated mobile computer, matching the rapid cadence of the consumer electronics industry."