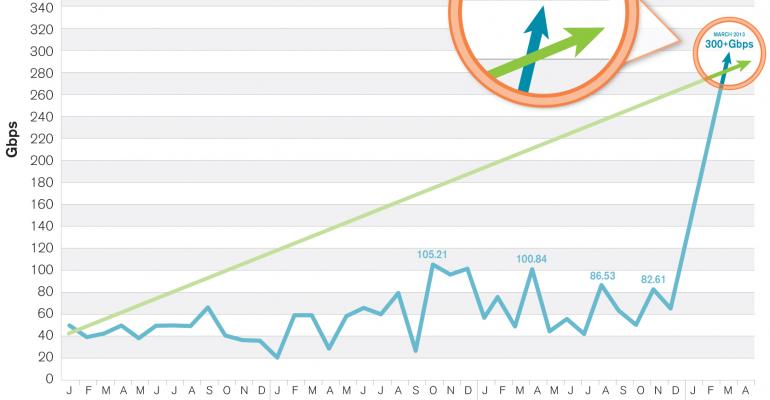 Attacks against cloud providers have not only increased, they’ve also become much more sophisticated. Here are some tips that can help you learn to control and mitigate new risks around the modern data center environment. 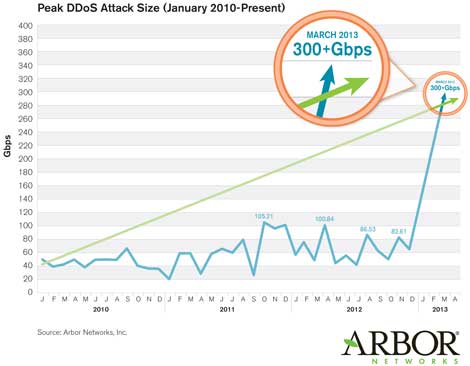 Distributed denial of service (DDoS) attacks are getting larger and more powerful.

Today’s business world is becoming ever more reliant on the data center, which has become the heart of any modern organization. With virtualization and cloud computing driving gains, many are saying that it’s a great time to be in the data center business. Although this may be the case from an infrastructure side, we can never forget that as more people move towards a platform, the bigger a target it becomes.

Here’s the real problem: Attacks against cloud providers have not only increased, they’ve also become much more sophisticated. In fact, a recent Arbor Networks report indicates that the first quarter of 2013 saw the previous record for the largest reported DDoS attack, around 100Gbps, shattered by a 300Gb/sec DNS reflection/amplification attack targeting Spamhaus. Attackers have had the technical capability to generate attacks of this magnitude for some time, and this has now been demonstrated. The attack vector used in this case was not new, as DNS reflection / amplification has been used to generate several of the largest attacks seen on the Internet in recent years. These attacks are actually relatively common, but usually at much lower traffic levels.

So, what do you do in these types of situations? A new security term has been circulating the industry. Next-generation security platforms are much more than just physical boxes sitting in the data center. Traditional means of securing a data center simply won’t cut it anymore. Standard perimeter defenses at the data center layer must be optimized to handle new types of security threats. There has been a leap in security technologies where advanced engines are doing much more deep diving than a regular firewall would.

Let’s face it, there are always going to be bad guys out there. Their attacks will continue to be sophisticated. However, in deploying intelligent technologies and good security practices – these attacks can be stopped at the border without really causing any damage. Cloud computing, IT consumerization and the influx of information housed within a data center has created new types of targets.

As more organizations increase their reliance on the modern data center, attack vectors will continue to evolve. Cloud and next-generation security is designed to mitigate risk above and beyond standard security measures. Remember, a good security solution not only protects your environments, it can increase your infrastructure agility as well. The future looks to leverage data center and cloud technologies even more. With mobility and the evolution of the end-user – organizations must look at new ways to secure their environment.

SolarWinds CEO Talks Securing IT in the Wake of Sunburst
Aug 02, 2021

Why CISA’s China Cyberattack Playbook Is Worthy of Your Attention
Jul 27, 2021