An aisle at Facebook&#8217;s data center in Luleå, Sweden. (Photo by Facebook)
Companies>Facebook

After beginning its international data center footprint expansion in Lulea, Sweden, Facebook (FB) is rumored to be considering an Asian presence in South Korea, to support a growing user base in the region. 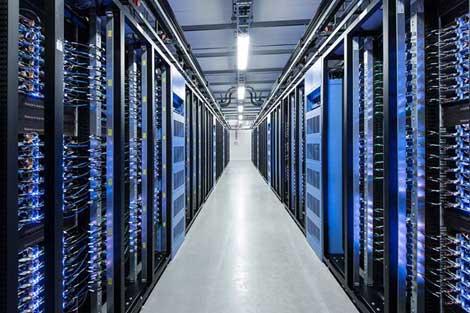 A look inside the racks at Facebook's first international data center in Lulea, Sweden. Officials in South Korea say Facebook has been scouting sites in the country. (Photo: Facebook)

After beginning its international data center footprint expansion in Lulea, Sweden, Facebook (FB) is rumored to be considering an Asian presence in South Korea, to support a growing user base in the region. A Business Korea article notes that a Facebook official from the U.S. visited Korea during December, surveying cities such as Busan.

"Facebook is visiting some key locations around Asia including Korea, and is looking for a suitable place to build its data center," said an official in the Ministry of Science, ICT and Future Planning (MSIP). “The decision has not been made yet, but review is underway.”

The Asian data center would serve Facebook's 11 million Monthly Active Users (MAU) from Korea, which include 6.8 million Korean Daily Active Users. These numbers are from a June 2013 Facebook disclosure. The metrics for Facebook were recently leaked at TechCrunch, and show Facebook's international growth.

If Facebook is to be the home of Korea's first data center from a global company, it would have to register a business certificate in Korea and would have to follow rules governing private information and electronic commerce under the guidance of the Korean government.

Facebook would also likely be challenged by a shortage of power in Korea. Google had considered many places in Asia for data centers, including Korea - settling on Taiwan and Singapore, and shelving plans for Hong Kong. Microsoft, Digital Realty, IO and IBM have all also executed Asian initiatives in Singapore in recent years.