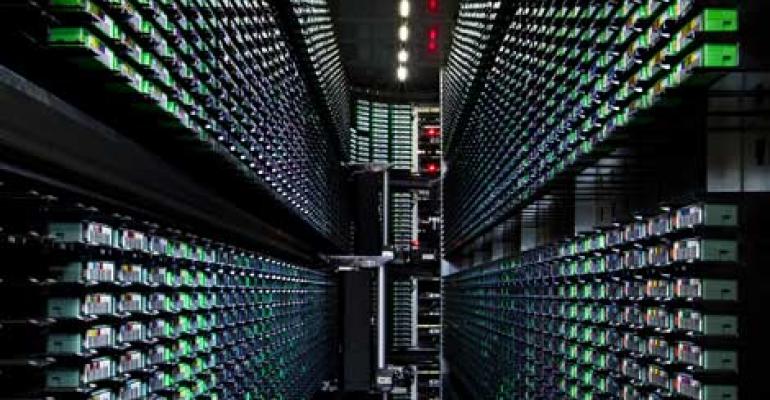 The Role of Robotics in Data Center Automation

Robotics will never replace the need for unique human interaction within the data center. But robotics may help automate repetitive tasks, freeing up professionals to do bigger and better things, and thus boosting increase productivity.

The hot aisle of a Google data center. Google has been acquiring robotics firms. Will that lead to a deeper level of data center automation? (Photo: Google)

Why is Google buying up robotics companies? No one knows for sure, but the technology titan is known for its intense focus on customization and efficiency in its data centers. Whatever else Google may have up its sleeve in robotic applications, the data center seems a natural opportunity for automation.

We've previously discussed how the data center of the future will likely incorporate more robotics-driven technologies. Already, we’re seeing great levels of robotics happen at the warehousing, industrial and manufacturing arenas. Data center administrators looking to embrace optimization and better efficiency are looking to robotics to help them alleviate these challenges.

Our previous articles have examined the concept of a "lights-out" data center, and drew comments and thoughts from both ends of the spectrum. Many embraced this new vision for a more efficient data center. Others very clearly wanted it to be known that robotics have no place in the data center. Why not meet in the middle?

Right now, it’s pretty clear that robotics will never (at least not for quite some time) replace the need for unique human interaction within the data center. What robotics can help with is creating automation around repetitious human labor. By freeing up professionals to do bigger and better things, robotics can actually encompass a more automated environment and increase productivity.

Already, robotics, automation, and services around these technologies are helping define the next-generation data center model. Let’s take a look at a couple of quick examples:

Before we get into the next article in this series it’s important to note a few important points. First of all, robotics are NOT here to replace you. Although companies like Blue Prism certainly spell trouble for some outsourcing organizations. It really revolves around the evolution of both technology and the data center. You can either embrace new ways to compute and control your data center, or you can stand to the side.

Secondly, robotics is not here to replace intricate business processes or people who need to do unique job tasks. Robots, ideally, replace repetitive tasks and allow those administrators to focus on higher-level business and technology-oriented projects. These knowledge workers and thought-leaders will always be necessary to make a data center run optimally.

Finally, the major obstacles currently facing robotics are found on two fronts: technology and economics. Currently, it might not make any sense for a data center to attempt a retro-fit with robotics when they know their existing data center is old and out dated. Similarly, for some data center operators – there may not be a financially feasible fit for robotics at this time. Either way, before jumping into the robot pool. make sure you do quite a bit of research to ensure the longevity of your robotics initiative.