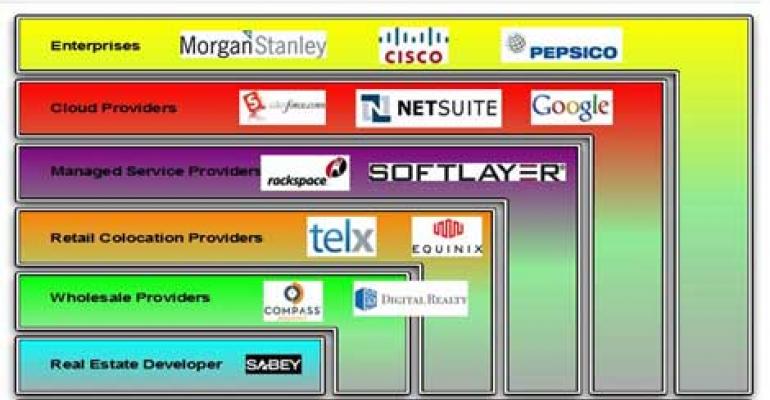 The Productization of the Data Center

In a session at 7x24 conference, Compass Datacenters CEO Chris Crosby looked at the key trends in the maturity of the data center industry, including the shift from customization to industrialization to productization. 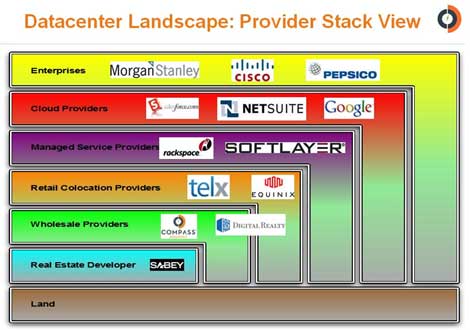 SAN ANTONIO - When is a data center like a 1976 Honda Accord? Not often enough, according to Chris Crosby of Compass Datacenters, who examined trends in the data center service provider sector last week at the 7x27 Exchange Fall Conference.

As an executive at Digital Realty Trust, Crosby has had a front-row seat for the evolution of the data center industry, including the creation of the wholesale product model, which offers turn-key "plug-n-play" suites of finished data center space. In his session at 7x24, Crosby looked at the key trends in the industry's development, providing an overview of the data center service "stack" and where various providers fit.

Which brings us to the Honda Accord. The car had no single magical feature. But it was significant for the auto industry, Crosby says, because it brought together many of the most popular features - including power steering, air conditioning, AM/FM radio and cloth seats - in a user-friendly standard package. That marked a shift from common practice of customizing each vehicle from a cafeteria-style menu of upgrades.

He says a similar shift is underway in the data center sector, where providers will begin taking a product approach that optimizes data center designs for specific customer sets.

"We are in an interesting time for the industry," said Crosby. "We're in the midst of a five-year maturation cycle."

The business has a long legacy of customization, in which every data center project "started with a whiteboard." In 2006, Digital Realty launched a process of industrialization, introducing standard data hall designs that offered economies of scale as the company leveraged its supply chain. This has been accelerated byt he development of modular designs.Crosby says the focus is now shifting to productization, developing data centers with a standard set of popular features.

It's not for everyone, but Crosby said it appeals to a particular class of customers - in this case, service providers - who will need new facilities in many more cities as demand for data center outsourcing extends beyond major Internet hubs.

Crosby says the service provider market is undergoing significant change, and now offers many different approaches to deploying IT capacity - including wholesale data center space, retail colocation, managed hosting, and cloud computing and its many flavors of "as a service" offerings.

"One of the confusing things for enterprises and the service provider is that (the stack) is changing very rapidly," said Crosby. "We're starting to see more and more differentiation. When you look at some of the skillsets in some of these segments, they're massively different. People talk different languages in each of these environments."

Crosby sees two trends shaping the industry - the growing influence of private equity firms, and the entry of larger companies into the space.

Private equity firms are investing heavily in the data center sector, Crosby said, which will accelerate the maturity of the industry. But it also leads to many providers following a familiar trajectory of investment, growth and acquisition.

"Build-to-exit is a real phenomenon," said Crosby. "As soon as someone gets to a certain size, they'll get bought up."

That creates an industry with some very large firms and many smaller firms, with fewer players in the middle. "We can end up focusing on the wrong thing," says Crosby, with fewer providers "sweating the asset versus playing for the exit."

Crosby sees the recent market entry of larger, older companies like Iron Mountain, Verizon and IBM as a favorable trend.  "This is great for our space," he said. "As we have these major companies come in, we'll have fewer bellwether issues." That's a reference to the phenomenon in which a rough quarter for a single public company - typically Equinix or Digital Realty - leads to a sentiment shift and selloffs for the shares of other providers.

What are the hot trends going forward? "Compliance and certification will become bigger and bigger,"Crosby said. "Certification is what  matures an industry faster. We have to get there as a service provider community." 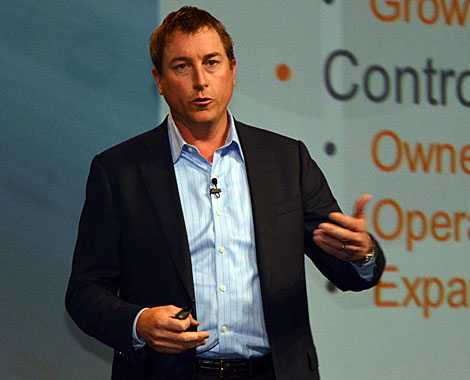 Chris Crosby, CEO, Compass Datacenters, spoke on the evolving state of the data center industry, predicting that consolidation will take place in the marketplace.He said there is a trend toward "productization" of data center services, with specific, consistent product offerings that meet consumer demand, with a deliberate focus on standardization. (Photo by Colleen Miller.)