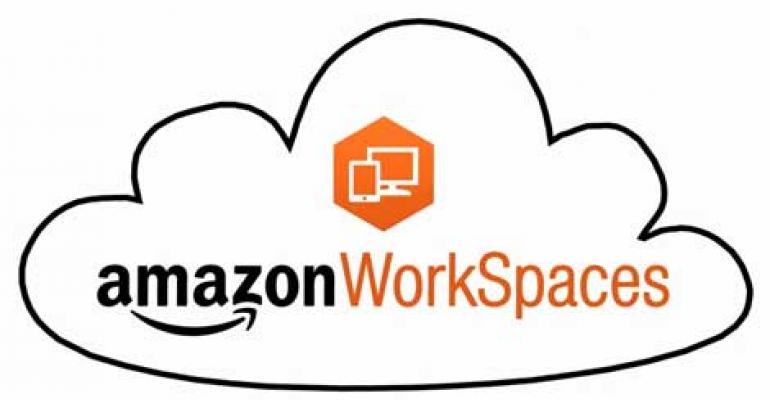 Amazon Web Services rolled out a flurry of new services at its AWS re:Invent user conference this week in Las Vegas, including a new managed desktop computing service called WorkSpaces, 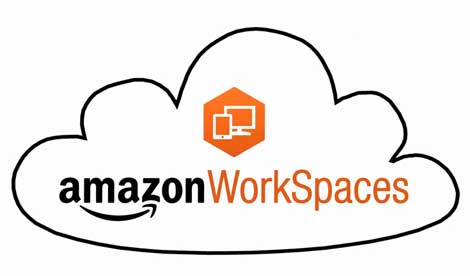 Amazon Web Services rolled out a flurry of new services at its AWS re:Invent user conference this week in Las Vegas. AWS launched a new managed desktop computing service called WorkSpaces, the AppStream service for mobile developers, and an API tracking service called CloudTrail. The event conversation can be followed on Twitter hashtag #reinvent. Here's a recap of Wednesday's announcements:

Available as a limited preview, Amazon WorkSpaces is a fully managed desktop computing service in the cloud. It provides easily provisioned cloud-based desktops that allow end-users to access the documents, applications and resources they need with the device of their choice, including laptops, iPad, Kindle Fire, or Android tablets. With a few clicks in the AWS Management Console, a high-quality desktop experience for any number of users can be deployed.

Amazon WorkSpaces eliminates both the up-front investment and the ongoing management of on-premise infrastructure while still offering all the security and efficiency of a centralized model.  For a low monthly fee, Amazon WorkSpaces provides a complete cloud-based desktop computing service including compute, persistent storage, and software applications. In this blog post Amazon covers a complete total cost of ownership model comparison for on-premises VDI versus Amazon WorkSpaces.

“Over the past couple years, the new service customers have requested most frequently is a virtual cloud desktop service,” said Gene Farrell, General Manager of Amazon WorkSpaces.  “They’ve been frustrated by the available options – traditional desktops that are hard to manage and keep secure, or virtual desktops that are expensive and deliver inconsistent performance.  Amazon WorkSpaces aims to address these issues by offering secure, easy-to-manage, high-performance desktops in the cloud at a fraction of the price of traditional VDI.”

Amazon's entrance in the VDI market appears most relevant for the small business market, at least at present. Major players in this market include Citrix, VMware and Microsoft.

Amazon announced  AppStream, a low-latency service for streaming resource intensive applications and games from the cloud. It deploys and renders your application on AWS infrastructure and streams the output to mass-market devices, such as personal computers, tablets, and mobile phones. Amazon AppStream includes a SDK that currently supports streaming applications from Microsoft Windows Server 2008 R2 to devices running FireOS, Android, iOS, and Microsoft Windows. It allows developers to use compute power without CPU and GPU constraints, and the ability to write applications once and stream to multiple device platforms.

The application can make use of  native Windows APIs. It can also use AWS resources - relational and NoSQL databases, persistent object storage, caching, message queues, publish and subscribe messaging, email delivery, and more.

“Developers have told us that it is frustrating to build and deliver high-end applications for mass-market devices given their hardware constraints. They want to provide spectacular graphics, and responsive, fluid experiences to the largest possible audience regardless of the device a person chooses to use,” said Mike Frazzini, General Manager of Amazon Games. “Amazon AppStream frees developers from these limitations by allowing them to stream their applications to low-end devices as if these consumers were using high-end devices.”

Amazon announced AWS CloudTrail, a web service that records API calls made on your account and delivers log files to your Amazon S3 bucket. Giving the ability to track changes that were made to AWS resources, CloudTrail makes it easier for customers to demonstrate compliance with internal policies or regulatory standards. Additionally, CloudTrail allows the use the API call history produced to perform security analysis and troubleshoot operational issues. CloudTrail is free with S3 and Amazon SNS, and can be turned on within the AWS Management Console.