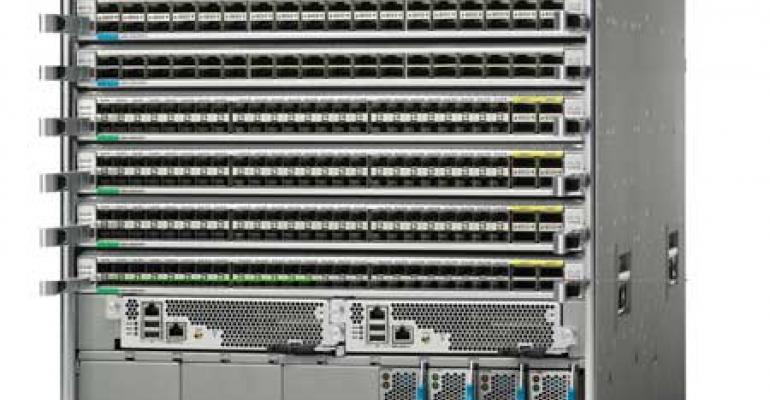 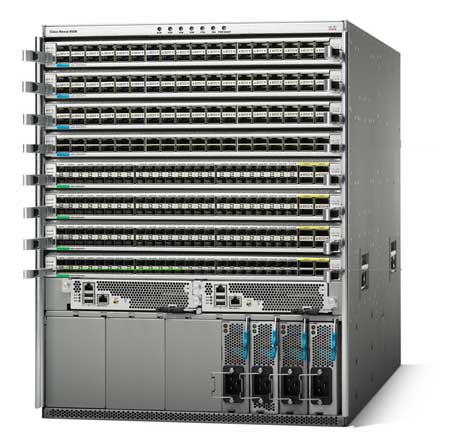 The ACI strategy, which the company outlined back in June at Cisco Live, is the networking giant's response to emergence of SDN (software-defined networking). SDN allows networking hardware to be managed by software running on a commodity server, rather than the tightly-integrated gear sold by Cisco and other major networking vendors.

As part of that effort, Cisco said today that it will acquire the remainder of Insieme Networks, the SDN-focused startup founded by former Cisco execs. Cisco made an initial investment of $100 million in Insieme in 2012. The maximum potential purchase price for Insieme is $863 million, based primarily on sales revenue.

With applications emerging as the lifeblood of business, Chairman and CEO John Chambers echoed Cisco's Internet of Everything blueprint by saying that every industry is becoming an application-centric industry, and the business model shift is only accelerating. With projections of 50 billion devices connected to the Internet by 2020, "this shift to an application economy is perhaps the biggest IT market transition of all," said Chambers.

Cisco's new ACI approach hopes to reduce the time it takes to provision, change or remove applications from months to minutes. A new Nexus 9000 switch is the key building block for the Cisco ACI solution, enabling a transition from NX-OS to the ACI-mode of NX-OS with a software upgrade and the addition of a controller. ACI is comprised of  the Application Policy Infrastructure Controller (APIC), the Nexus 9000 switch portfolio, and enhanced versions of the NX-OS operating system. Using merchant silicon and custom ASICs, this portfolio delivers improved performance and port density.

Unifying automation and management for the ACI fabric is the Cisco APIC, which unifies the management of physical and virtual infrastructure. The APIC is a clustered software controller capable of managing up to 1 million endpoints. Unlike traditional SDN controllers, it operates independently of switch data and control planes, allowing the network to respond to endpoint changes even when the APIC is offline. Cisco says this approach enables tremendous flexibility in how application networks are defined and automated.

Cisco Virtual ASA (ASAv) is fully integrated, and provides security services based on application needs designed specifically for ACI. It scales on demand and operates seamlessly in both physical and virtual environments with tight integration with APIC. Application network profiles are leveraged to dynamically provision networking, services, compute storage and security policies, no matter where the application is, or how it changes.

The ACI rollout included some fanfare from customers working with Cisco to test-drive the solution. Among them is Cerner, a leading player in the healthcare IT market.

"In the health care application and data hosting business, service availability, security and rapid scalability are the top considerations for IT systems infrastructures," said Brett Jones, director of infrastructure technology for Cerner Corporation.  "With the help of Cisco we've been working on our own next generation data center initiative, and we believe the Cisco ACI solution will be a key component in that new architecture.  The ability to meet our projected scale points, increase the flexibility of computing infrastructure development and to manage a collection of network elements as a single entity will provide Cerner with significant operational advantage.  Furthermore the programmatic nature of the Cisco ACI solution should aid us in our pursuit to streamline operations through automation."

"We are impressed with Cisco ACI features and functionality, and want to deploy the standard-mode Nexus 9000 Series now, with a gradual move to full Cisco ACI," said Octave Klaba, CEO of OVH.com.  "Cisco ACI will offer huge advantages in deploying hybrid cloud solutions to customers, and we appreciate the two-step approach that Cisco is offering; we can move to a very cost-effective 40 Gigabit architecture now, with full software management functionality later, as we get the system in place, and get our staff trained."