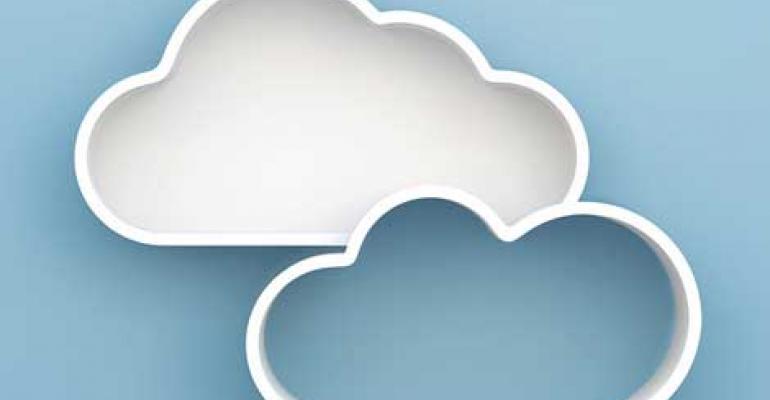 Cloud service provider Rackspace has re-engineered its cloud for greater speed throughput and reliability, while also lowering its price. The emphasis on performance should assist current and prospective customers.

Rackspace has re-engineered its cloud for greater speed throughput and reliability. A major part of the upgrade is move to all-solid-state disks (SSDs) in RAID 10 configuration, for a big boost in storage performance and I/O throughput. Also included is redundant 10-Gigabit networking, Intel Xeon E5 processors and larger RAM, which delivers 2.6 times more overall performance.

As for pricing, Rackspace has dropped the price about 33 percent, in addition to the upgrading its cloud architecture. Those clients residing on the current cloud infrastructure will not be forced to migrate – though they have ample reason to do so – and this newly re-architected cloud now becomes the default.

The new cloud rolls out today in Northern Virginia, quickly followed by Dallas, Chicago and London. The company has set the first half of 2014 as the target dates for roll out in  Hong Kong and Sydney.

The company says that the dropped cost and performance boost has been made possible by its scale and ability to drive down costs. However, the performance enhancements mean this is not just another shot across the bow in the cloud price war, but a product offering change, by creating a significant increase in power.

“Rackspace’s new Cloud Server offerings provide enhanced performance at every level with greatly expanded network capacity and allowing customers to benefit from greater speed, scale and high disk I/O,” said Scott Sanchez, Director of Strategy at Rackspace. "We spent a lot of time out on the road talking to customers, speaking with folks actually building on the platform. The theme we hear is around performance. Many grew up around the dedicated hosting product, and when they look at cloud, there seems to be a much smaller number of applications that are suitable. It’s meant for a smaller subset.”

Sanchez says the current cloud is most suitable for about 30 percent of applications, whereas the new enhancements move the mark to over 60 percent. The goal is to make the cloud fit for everything. “Over time, the role of dedicated hardware will be for custom use cases,” said Sanchez.

The company has tuned its public cloud offering for a wider variety of workloads. There will be two levels of service Performance Cloud 1 and Performance Cloud 2. "We’ve engineered several classes that are much more powerful. We think it’s the most powerful in the market,” said Erik Carlin, Director, Cloud Compute Product Line.

According to Sanchez, Performance 1 is suited around the worker node, web server, and batch processing type jobs. Performance 2 is really optimized for database workloads, NoSQL, MongoDB and Cassandra. “We’ve done a test MongoDB same config on standard and this and we see a 10x increase in performance,” Sanchez said.

“The first thing we’ve done is eliminated spinning disk and replaced it with high quality grade SSD in raid 10 configuration,” he added. “There is an extreme amount of disk I/O, enough to go around. We’re now going up to four times the RAM. We’re now going up to 120 gigs. We’re going up to 32 virtual CPUs, up from 8. We’ve switched to Intel Xeon processors. We’re embracing 10 gigabit networking, 4 separate 10 gig connections. It allows a high availability in the network. That allows us to deliver high performance, even in the event of a failure.”

“Our existing cloud service offer is a generic compute platform, designed to run a variety of workloads, but never designed for specific types of workloads,” Sanchez said. “We took a workload oriented view: how do we build applications? What are the typically workloads that we run? We sough to build an optimized cloud."

Rick Jackson, chief marketing officer at Rackspace, said, “In today’s world of instant demand, applications must be capable of scaling fast, and performing at scale without compromise. As a cloud provider, our role is to enable that without customers having to over-provision and constantly re-architect their applications. Our mission is to provide our customers with the best-fit infrastructure to optimize the performance of their applications, and today, we are redefining the benchmark for performance in a public cloud offering as part of our hybrid cloud portfolio.”

Performance Cloud Servers are powered by OpenStack. Customers can connect the new cloud servers to dedicated bare metal as part of the Rackspace Hybrid cloud, and the company continues to offer its brand of "fanatical" support.