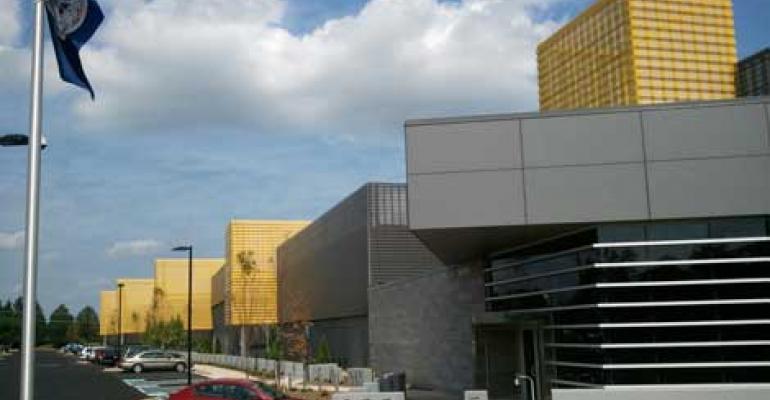 RagingWire Charts its Next Phase of Growth

Rather than being absorbed by the global telecom titan NTT Communications, RagingWire will retain its brand and management team and operate as an autonomous unit within NTT. We talk with the RagingWire team about what the deal means for the growing colo provider.

RagingWire is expanding on both coasts, a process that will continue and perhaps accelerate under the new ownership from NTT Communications. Here's a look at the exterior of the company's Ashburn data center. (Photo: Rich Miller)

Acquisitions usually bring change - changes in personnel, culture and direction. For RagingWire Data Centers, it will mean more of the same, although perhaps on a larger scale.

Last week RagingWire announced that Japan's NTT Communications is acquiring 80 percent of the company. But rather than being absorbed by the global telecom titan, RagingWire will retain its brand and management team and operate as a unit within NTT.

It's not the first time we've seen this approach recently. IT infrastructure provider SoftLayer is maintaining its brand and operating as an autonomous unit within IBM, which acquired the company earlier this year. Why are these

"We looked at whether we wanted to do an initial public offering or take on more debt," said Doug Adams, Senior Vice President and Chief Revenue Office of RagingWire. "We decided that the right strategy was to find a partner."

Growth in Capacity and Staff

In NTT, RagingWire found a partner in need of data center capacity and feet on the ground in the United States. The Sacramento-based colocation provider has been in expansion mode on both fronts, having added more than 100 staff over the past year as it ramped up to bring another 20 megawatts of data center capacity online. So it made a deal in which NTT would acquire 80 percent of the company, with existing management retaining a 20 percent stake and an ongoing role.

"They believe in the strength of our brand and our employees," Adams said of NTT. "This is not a roll-up play. They want to see us grow, and they want to keep us as a platform, continuing to operate under the RagingWire brand."

RagingWire has annual revenues of approximately $85 million. It recently began construction of a new 150,000 square foot data center in Sacramento and will soon break ground on a 78 acre parcel of land in Ashburn, Virginia where it plans to build up to 1.5 million square feet of data center space.

NTT America provides managed hosting services out of facilities in Ashburn as well as California facilities in San Jose and Santa Clara in Silicon Valley. In buying control of RagingWire, NTT is making a major push into the market for colocation and wholesale data center space, rather than seek additional space for managed services.

"We're a colocation company and that's what we do," said Adams. "We're going to remain carrier neutral and not offer services. We're not going to take on a services focus."

The deal brings some immediate strategic benefits for both companies. NTT now has data center capacity to support the expansion needs of clients seeking space in the U.S., while RagingWire customers can now access space in NTT's global network of 150 data centers.

NTT's financial resources will also make it easier for RagingWire to expand its geographic footprint.

"The most immediate benefit is that it helps us with our growth needs," said Adams. "We're looking to expand in strategic Tier 1 markets."

Why use RagingWire as a vehicle for North American expansion? A key factor is that RagingWire has an in-house construction unit, and experience with expansion projects in busy data center markets, according to  Chief Operating Officer Jason Weckworth.

"We have a very competitive cost to build," said Weckworth. "We remain about 15 to 20 percent below the average (cost per megawatt).We're expanding fast, and this gives is the ability to accelerate that growth."