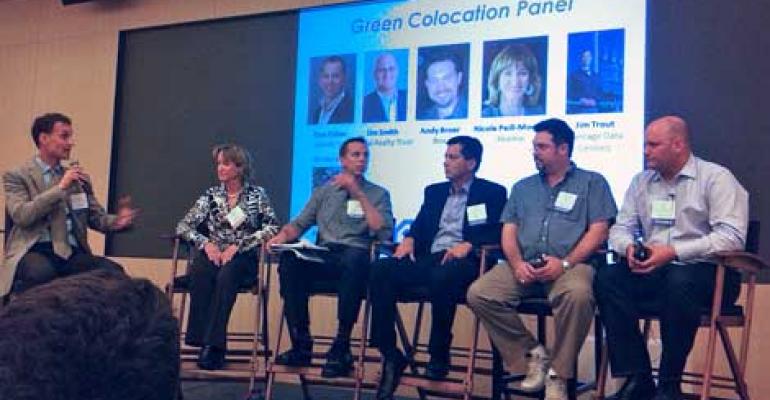 At this week's 2013 Data Center Efficiency Summit, colocation providers and their customers shared ideas about how they could improve energy efficiency and rely more on renewable power. 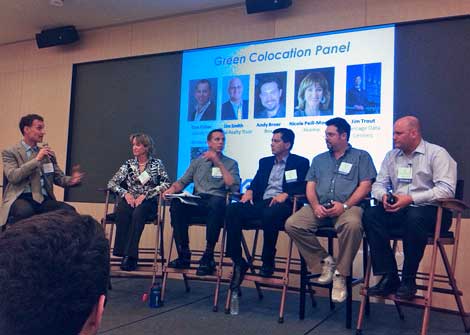 PALO ALTO, Calif. - Customers of colocation facilities don't always see eye to eye with the companies whose infrastructure and energy they depend on, but at times, their interests do align.

At the 2013 Data Center Efficiency Summit on Tuesday, representatives of both groups shared ideas about how they could improve energy efficiency and rely more on renewable power.

Nicole Peill-Moelter, director of environmental sustainability at Akamai, called on colocation providers to share data on power usage with customers.

"Right now we're blind," Peill-Moelter said. "To get real-time data on how we're using our energy compared to how we think we are - that would help us drive greater efficiency on our side."

Then again, a colocation customer could share best practices with other companies running infrastructure in the same facility. "I think that would break down some of the barriers that we face," said Tom Fisher, a sustainability manager at Salesforce.com.

Colocation providers could also assist their customers by offering incentives for energy-efficient practices or helping to trouble-shoot obvious inefficiencies that could worsen site-wide Power Usage Efficiency (PUE). To some degree, that's already happening.

Andy Broer, senior manager of data center operations at Box, said that earlier in the day he'd received a report from one of his company's colocation providers containing photographs of hardware Box employees had installed incorrectly. "They're doing containment in the data center, even for colocation," Broer said. "The fact that they're enforcing it, it's the first time I've seen it."

But sometimes the building itself is the problem. Some colocation providers and their customers could benefit from constructing facilities that are more energy-efficient from the start than those that have been delivering services for decades.

"You have to build better facilities, and you have to plan together," said Jim Trout, founder and chief technology officer of Vantage Data Centers. He'd like to run facilities with PUEs in the 1.1 to 1.4 range. "Everybody else is raising the bar as well," he said.

Then there's the matter of generating green power for colocation facilities. Individual colocation users could try to band together and secure bulk purchasing deals on renewable energy the way Google or Apple can. Fisher suggested as much. Earlier this year his company committed to steadily using more renewable energy sources, with a goal of exclusively using renewables.

At least in one case, though, a similar approach to buying renewable energy didn't pan out. Digital Realty once got a chance to bid on a deal offering low prices for renewable energy and contacted all of its larger customers in Texas about the opportunity.

At times, Smith said, other interests have come before energy efficiency. One customer was told about an opportunity to save money if the data center could install aisle-containment equipment. While it would have been easy to implement the gear, the customer was reluctant, saying the company was too busy growing. Smith thought the argument made sense. "His growth is more valuable than his cash flow at that point," he said.