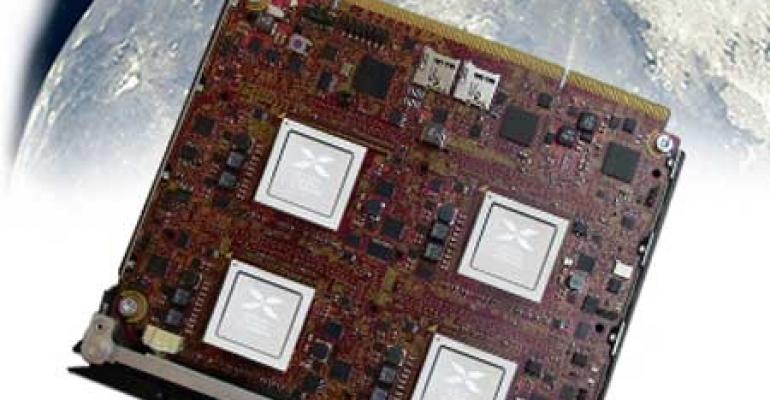 A look a the Calxeda ARM server board being used in HP&#8217;s Project Moonshot servers. (Photo: Calxeda)
Blades

Calxeda announced its second-generation product line of the EnergyCore ECX-2000 family. The new Server-on-a-Chip (SoC) enables an integrated fabric of high-density servers and storage, and big names like HP and DreamHost are paying attention. 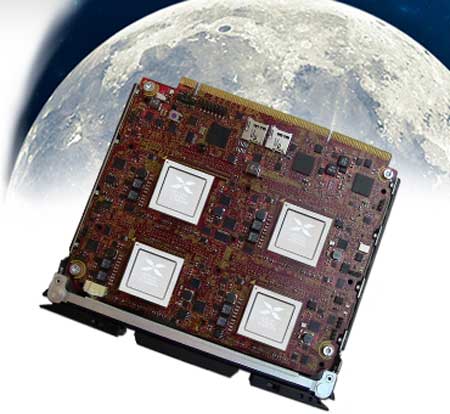 A look a the Calxeda ARM server board being used in HP's Project Moonshot servers. (Photo: Calxeda)

ARM-based server provider Calxeda announced its second-generation product line, the EnergyCore ECX-2000 family, targeting the private cloud market. The company's new Server-on-a-Chip (SoC) enables an integrated fabric of high-density servers and storage, and has been selected by HP for Moonshot solutions, which are tuned for hyperscale applications.

The ECX-2000 uses standard ARM Cortex-A15 cores up to 1.8 GHz, with the integrated Calxeda Fleet Fabric, 10Gb Ethernet and standard I/O controllers. The company has also added pin-compatible 64-bit SoC to its roadmap.

Calxeda says the new SoC delivers up to twice the performance, four times the memory capacity, and three times the memory bandwidth than previous ARM-based servers.  The company has been samply the ECX-2000 to partners and data centers, and volume shipments to system vendors are expected before the end of the year.

"We are really impressed with the performance and low-power footprint of the Calxeda-based storage solution," said Simon Anderson, CEO of DreamHost.  "After extensive testing of the new product, we see great potential for Calxeda in our OpenStack-based public cloud deployments and Ceph-based distributed object storage service."

Calxeda will demonstrate the new product with OpenStack and the open source Ceph distributed object storage software at the annual ARM TechCon event at the end of October.

"The rate and pace of innovation we have seen in the mobile space, enabled by power-efficient ARM-based SoCs, is now taking place in the datacenter," said Barry Evans, CEO and co-founder of Calxeda. "The Calxeda Fleet Fabric enables our customers to create an extremely efficient computing infrastructure that improves management of large-scale clouds at lower cost, lower power and reduced carbon footprint.  Coupled with the strength of our software and hardware partners, this is an unbeatable combination in an industry that is demanding better alternatives."

The ECX-2000 supports hypervisors KVM and Xen, and Canonical is officially certifying it for Ubuntu 13.10, including the latest OpenStack release, Havana.

“Calxeda and Canonical brought the first server-grade solution based on the ARM Cortex processor family to the market in 2010," said Mark Shuttleworth, Founder of Ubuntu and VP Products for Canonical. "We are doing it again by delivering Ubuntu's scale-out workloads on top of ECX-2000, the first ARM-based Server platform to support virtualization and 40-bit memory addressing, which will deliver the efficient OpenStack clouds of the future."

Selected By HP For Moonshot Solutions

"HP is working with Calxeda to deliver new infrastructure economics to our customers and we are excited about their new EnergyCore ECX-2000 processor," said Paul Santeler, vice president and general manager of HP's Hyperscale Business Unit. "When delivered in an HP Moonshot solution, we believe it will offer users a new level of performance, requiring less energy and less space than traditional solutions do today."

Additionally, Frank Frankovsky, chairman and president of the Open Compute Foundation has joined the Calxeda board, suggesting a larger role for Open Compute in their future. "The Calxeda team has a terrific vision for the role of ARM-based products in the data center, and they have the talent, the technology, and the commitment to openness required to execute on that vision," said Frankovsky.

Calxeda announced the addition of a second 64-bit SoC to the company roadmap last year. Code-named "Sarita," the new 64-bit ARM Cortex-A57 SoC complements the "Lago" platform, but is pin-compatible with the ECX-1000 and new ECX-2000. This unique approach reduces development time and expense for Calxeda partners, accelerating the 64-bit ARM ecosystem, and enabling customers to future-proof designs for three generations of rapid technology innovation.