The Week in Review: A closer look at expanding infrastructure at Dropbox and Wikipedia, M&amp;A action shifts to smaller markets, why complex systems like Healthcare.gov fail. 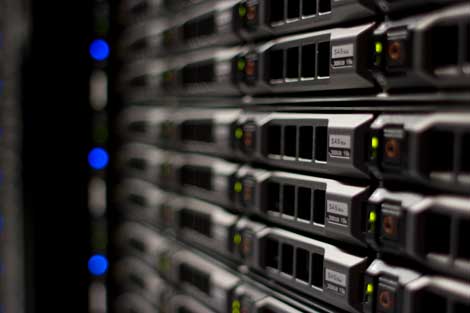 A close look at some of the servers powering Wikipedia, the online encyclopedia that is the sixth-busiest web site in the world, according to Alexa. (Photo By Victorgrigas , via Wikimedia Commons).

How Dropbox Stores Stuff for 200 Million Users - The powerful growth of Dropbox has been driven by its ability to offer cloud file storage that can be easily synched between multiple devices, including desktop and mobile devices. Members of the Dropbox team described the company’s infrastructure growth last week during a presentation at the O’Reilly Velocity 2013 conference.

Wikipedia On The Hunt For More Data Center Space - The Wikimedia Foundation is looking to expand its data center infrastructure, and is seeking a site in the western United States to support the growth of Wikipedia, which is one of the most visited destinations on the Internet, with mind-boggling traffic. The Wikimedia Foundation, the non-profit which operates the online encyclopedia,  put out a request for proposal this week, looking for a location from Chicago and points west.

With New Analytics Unit, IO Focuses on the Software-Refined Data Center - IT infrastructure provider IO is launching a new division called IO.Applied Intelligence that leverages its DCIM capabilities and may eventually lead to new products and services. The company continues to build out its vision for the software-defined data center. The new division will create new value-added services such as bill forecasting, capacity management and simulation, and will make product recommendations to IO’s hardware and software development teams.

Smaller Data Centers and Markets Emerge as M&A Sweet Spot - Smaller data centers and emerging markets represent the sweet spot for mergers and acquisitions (M&A) for the foreseeable future, according to Bill Bradley of Waller Capital. Bradley believes the combination of access to cheap capital and maturing providers dodes well for the data center industry going forward. There is no bubble or glut coming, but rather smaller, smarter acquisitions on the horizon, he said.

The HealthCare.gov Experience: Why Critical Systems Fail - The amazing thing isn’t that systems like the HealthCare.gov government web site can fail in spectacular fashion, says Dr. Richard Cook. It’s that it doesn’t happen more often. “The systems we build are so expensive, and so important that we always seem to run at the edge of failure,” said Cook, an expert on engineering failures from the Royal Institute of Technology in Stockholm.