The Week in Review: We bring you a closer look at the infrastructure of the leading players in Internet infrastructure, including Facebook, Yahoo, Equinix, Netflix and IO. You won't want to miss the photos. 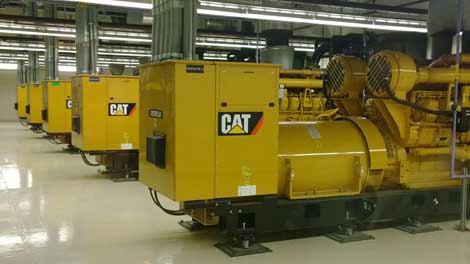 Here's our review of noteworthy links for the data center industry for October 18th:

Inside the Equinix NY4 Financial Trading Hub - Of all the facilities in “Platform Equinix,” the NY4 data center in Secaucus, New Jersey is the busiest. More than 450 customers conduct business within the 340,000 square foot facility, which houses infrastructure for major financial exchanges. Data Center Knowledge recently got a look inside NY4. With this photo tour, we take you inside the massive building for a closer look at its infrastructure.

Apple Quietly Builds Its Prineville Data Center - Apple has said little in public about its data center here, leaving even local officials wondering what’s inside and how the site could expand in the future. During a Tuesday tour of Facebook’s new cold-storage facility at its site across the highway, reporters caught a glimpse of the Apple data center, which is expected to support the company’s iCloud service.

A Look At The Global Cloud and CDN Powering Netflix - Netflix is continuing to expand its infrastructure, both on the Amazon Web Services cloud and in data centers around the world. The streaming video titan’s infrastructure was the focus of a presentation at O’Reilly Velocity 2013 NYC conference by Jeremy Edberg, who gave a wide-ranging talk on how Netflix manages its huge operation and the role of developers in the process.

IO Goes Global With Singapore Data Center - IO has been pushing the frontier of data center construction with its modular designs. Now the company is expanding its horizons with its first international data center, a new facility in Singapore that establishes a beachhead in the Asia/Pacific market.