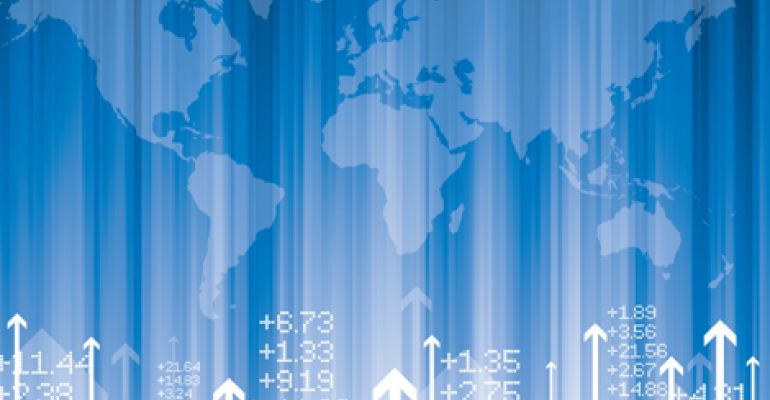 Cisco’s latest Global Cloud Index” anticipates the make-up of the world’s Internet traffic will shift towards traffic associated with cloud consumer and business applications, which is expected to constitute the majority of workloads starting next year.

The amount of global data center traffic is projected to triple by 2017, with more than two-thirds (67 percent) of it being cloud traffic, according to a new study.

Cisco’s latest “Global Cloud Index” (PDF) anticipates the make-up of the world’s Internet traffic will shift towards traffic associated with cloud consumer and business applications, which is expected to constitute the majority of workloads starting next year.

In 2012, for instance, North America is the region that generated the most cloud traffic – 469 exabytes (or 469 billion gigabytes) per year. This number is expected to grow to 1.886 zettabytes (1.886 trillion gigabytes) annually by 2017.

The study analyzed data from several analyst firms and international agencies such as Gartner, IDC, Informa, Ovum, ITU, and the United Nations, and came to several conclusions on the future of cloud computing.

The main drivers of cloud adoption seem to be the desire for faster delivery, better application performance, and improved operational efficiencies. Factors that hold it back are security and integration with existing IT environments.

Consumer and business applications that allow for remote data access will also become more commonplace worldwide, driving cloud computing. The Cisco study anticipates personal cloud traffic alone to increase from 1.7 EB annually in 2012 to 20 EB in 2017, driven by services such as personal content lockers where users store music, photos, and videos, and retrieve them on tablets, smartphones, and other mobile devices.

The sheer number of devices used by an individual at home and at work is also a major factor in the transition to cloud-based services which can provide more ubiquitous access to content and applications through any device at any location.

But cloud-based services are also essential to the Internet of Everything, where devices don’t only facilitate the interaction of people and applications, but also machine-to-machine communication. According to a Machina Research report (PDF), M2M communication is expected to grow five times faster than smart devices from 2012 to 2022.

From a regional point of view, the enhancements and reliability of broadband and mobile networks in localities will be essential for the delivery of next-generation cloud services, but also to ensure that these regions aren’t left behind.

Study authors write: “Based on the regional average download and upload speeds and latencies for business and consumer traffic on mobile and fixed connections, all regions can support at least a basic level of cloud services. The focus now turns to continuing to improve network capabilities to support the advanced cloud applications that organizations and end users expect and rely upon.”