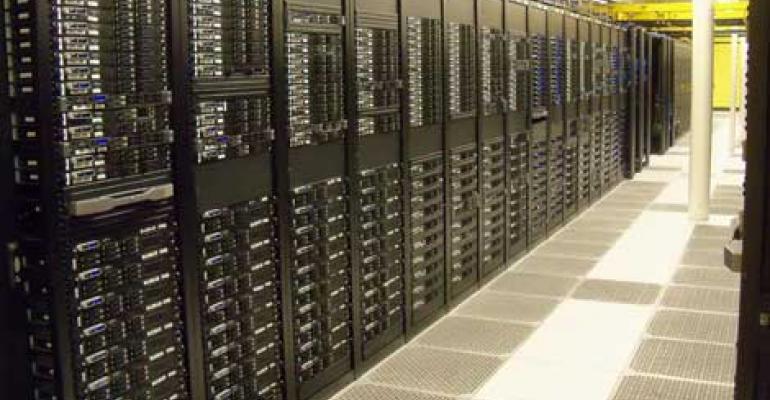 GoDaddy has acquired Media Temple for an undisclosed amount and Media Temple CEO Demian Sellfors says the outcome of his founder's journey is nothing like what he expected it to be.

When Demian Sellfors co-founded Media Temple in 1998, he had planned a three year exit strategy. Fifteen years later, GoDaddy has acquired (mt) Media Temple for an undisclosed amount, and (mt) CEO Sellfors says the outcome of his journey is nothing like what he expected it to be.

“This is not at all what I had in mind originally. I like to joke that I’m on year fifteen of the three year plan. I was hoping that I could get this done much sooner but as you can probably imagine I’m a very patient person, and I woke up every day as if I was building a 100 year old company,” Sellfors says. “I also never would have thought that I would sell my company to GoDaddy. It wasn’t until I met Blake [Irving, GoDaddy CEO], and Jeff [King, SVP and GM Hosting, GoDaddy], and some of the other GoDaddy team that I realized the company was indeed absolutely transforming.”

It’s a transformation that has been months in the making. When Irving took the helm at GoDaddy nine months ago, the company was in need of a makeover. As one of the largest hosting companies in the world, GoDaddy was obviously doing many things right, but alienated customers, particularly women, with its aggressive marketing campaigns.

“When the market you serve is 48 percent women, you have to change the way you speak to that audience,” Irving says. Part of that is the shift was changing the messaging in its TV commercials to focus on its small business users. The focus on SMBs became central to its growth strategy, and (mt) marks its sixth acquisition in 15 months.

“[GoDaddy has] changed its strategy, it is changing its thinking, its advertising, and I can tell you with a straight face that this is not the same company that people are used to,” Sullfors says. “The fact that its going to keep Media Temple autonomous and independent, the fact that we are going to be able to stand on a bigger stage and take our philosophy to a greater number of people is just absolutely fantastic.”

According to Irving, operating Media Temple as a separate business is a critical part in making this acquisition successful. (mt) will continue to operate out of Los Angeles, and its 225 employees will stay on board. The only big change is the departure of Virb, a website builder that (mt) acquired but never fully integrated, which is being bought back by its original founders with investments from Sellfors and (mt) co-founder John Carey.

“People chose Media Temple. They didn’t choose GoDaddy. They chose Media Temple for a reason and we are not going to disrupt that in any way, shape or form,” Irving says. “In fact, what we will do is provide investment to help it grow that value proposition globally. That’s our goal and that’s our commitment to the company.”

While Irving says the cultural synergies between GoDaddy and MediaTemple were “startling,” there are also notable differences, including the way they serve developers.

“We really see ourselves as developers building solutions for other developers,” Media Temple president Russell Reeder says. “One of the big ‘ah-has’ for Media Temple has been going through the due diligence process and looking behind the covers of Go Daddy. We are very impressed. There’s nothing to be apologetic about by being acquired by the largest hosting company in the world. The amount of tech-savvy individuals, and the solutions they have behind the scenes, it was really eye opening.”

When the news of the acquisition broke on Tuesday, many (mt) customers expressed concern around supporting GoDaddy. Tweets about shooting elephants and half-naked GoDaddy girls abound. Those stereotypes don’t align with where GoDaddy is today, according to Sellfors.

“When you look at the change that GoDaddy has been able to make over the last few months, it’s amazing,” Sellfors says. “The acquisition, the changing of the brand, the new management team…there are people that are holding on to things that are years old. I think that [Media Temple] is lucky enough that we’ve been able to see under the curtain a bit more than others, but I think people will be very impressed as they see GoDaddy grow.”

So where will that growth take GoDaddy? Beginning in 2014, GoDaddy will extend its services to Latin America, adding 60 new markets and 30 languages.

“We’re definitely looking forward to the growth that GoDaddy can provide us,” Reeder says. “We’ve grown traditionally over the past 15 years through word-of-mouth. We’ve had great growth but now being part of GoDaddy we really see that we’re going to be able to offer more technical solutions to those web designers and web professionals globally.”