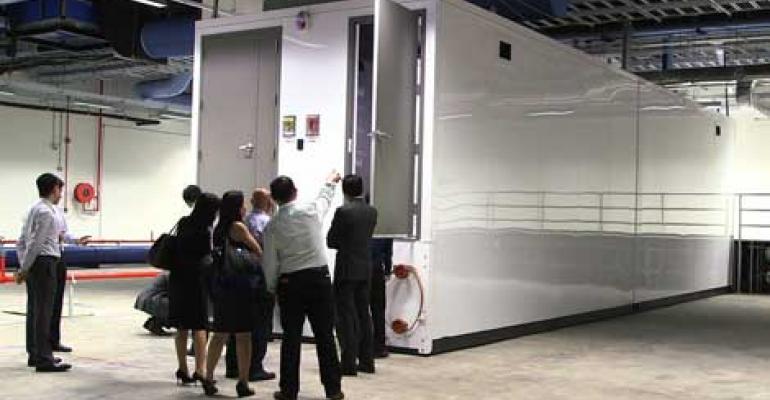 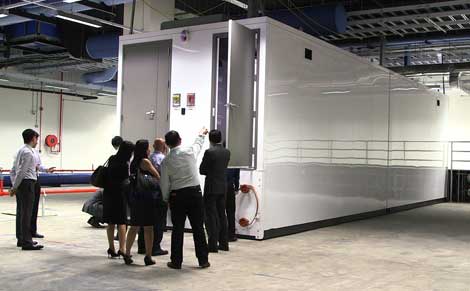 An IO.Anywhere module within the new IO Singapore data center. Goldman Sachs is the anchor tenant for the new facility. (Photo: IO)

IO Singapore showcases the company's approach to factory-built, software managed data center technology. The facility features eight modules for its anchor tenant, the investment bank Goldman Sachs, which were built and customized in IO's Phoenix factory and then shipped across the Pacific Ocean to be installed in the new facility.

"We turned up capacity in the Singapore market in six months," said George Slessman, the CEO of IO.

The modules were shipped from Long Beach, Calif. and took about six weeks to make the trip across the Pacific. Upon arrival in Singapore, the modules were loaded on trucks and driven to IO Singapore, a former Seagate manufacturing facility.

"We cut a hole in the building, pulled them inside, hooked them up and tested them," said Slessman.

In addition to the Goldman Sachs modules, IO has installed two modules for its own operations. This week IO announced that business continuity specialist EVIA iSolutions would be its second customer in Singapore.

IO is shipping custom-built modules from Phoenix, but is also partnering with The company is partnering with Tractors Machinery International (TMI) to distribute its data center modules in Singapore, Malaysia and Brunei. TMI will serve as the exclusive distributor of the IO.Anywhere platform in these countries, providing the local presence IO needs to expand its concepts in the region.

IO has the capacity to house up to 122 modules in its new Singapore facility, which will double as the company's regional headquarters for Asia. Slessman says the company's "Data Center 2.0" approach to factory-built design and software-driven management is helping to make site selection less important.

"There's no magic today in the site," said Slessman. "The primary thing we look for with the logistic ability to move modules to the site. A box with power or an empty field will do just fine. A lot of these attributes are changing."

Data center reliability has historically been tied to the redundancy of backup systems for the facility's power and cooling. Large cloud builders like Google, Yahoo and Microsoft are focused on software as the key to reliability, routing around outages by shifting workloads from one facility to another within their massive networks of facilities.

That type of multi-facility network hasn't feasible for smaller companies, who don't have the budget to build huge networks of data centers. But Slessman argues that modular technology makes it easier and cheaper for companies to deploy IT capacity to more locations, enabling them to more easily shift workloads across modules and the cloud.

"If you don't need generators or UPS, all that's required is a utility connection and network," he said. "With this distributed approach, a module setting in a parking lot somewhere where you already have a network helps cover your needs. We're already starting to see that."

Here are some photos from the recent opening of the IO Singapore facility: 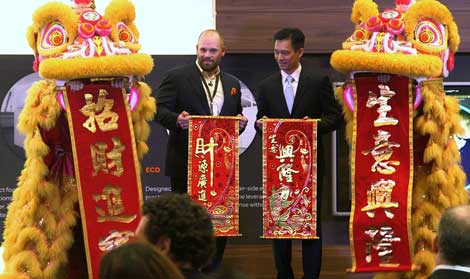 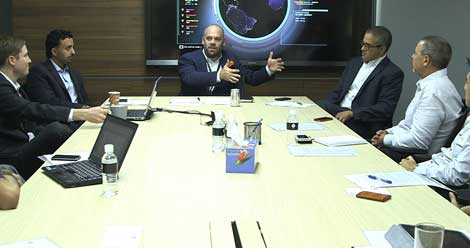 The IO Singapore facility will also serve at the company's Asian headquarters, and includes office space and conference rooms. In this photo, Slessman leads a meeting with the Io team and local officials. (Photo: IO)