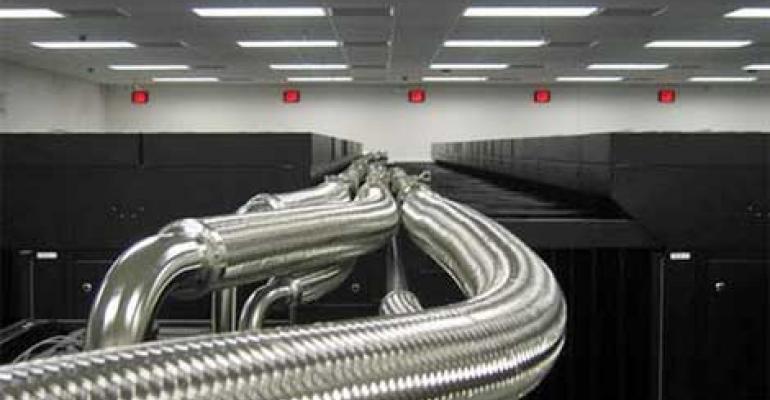 The government shutdown is being felt in the supercomputing sector, where the sudden halt to government projects has led to a selloff in shares of several companies that specialize in high-performance computing.

The government shutdown is being felt in the supercomputing sector, where the sudden halt to government projects has led to a selloff in shares of several companies that specialize in high-performance computing.

Shares of SGI dropped $1.60 Friday to close at $14.75, a decline of 9.8 percent, after the company said it trimmed its revenue projections, citing the loss of revenue from delays in several large government projects, including at least one for the intelligence community. That news also had a ripple effect in shares of Cray (CRAY), which fell 11.6 percent. Cray specializes in supercomputing systems, with many customers in the government sector.

SGI President and CEO and President Jorge Luis Titinger said the company had been surprised by the way its government business had been disrupted.

"In our Federal business, we had anticipated some amount of disruption in customer decision-making on funding, leading up to the expiration of the continuing resolution on September 30," Titinger said in a call with investors Thursday. "However, like most of the business community, we did not expect that the government would shut down nor did we anticipate a complete halt to all transaction activity that occurred in the final few days just before the shutdown.

"As a result, in our Federal business, we saw one large deal totaling approximately $12 million held up by freezing of funds late in the quarter. In addition, we missed the acceptance window for one significant project in Europe because of a late scope change from the customer. That project has since been signed off by the customer and will be recognized in revenue in the current quarter."

Titinger said the even after several previous Congressional budget disputes, the impact of the shutdown had been "unprecedented."

"Although most of the projects we are involved with are considered mission-critical, we have seen unprecedented halts to programs over the past week," he said. "For example, the GEOINT Conference, the largest tech gathering that serves the intelligence community, was canceled for the first time in its 10-year history with only one week's notice. And because of the shutdown rules, we are unable to communicate with most of our key Federal customers to assess when current programs might be restarted and which programs could be delayed or rescoped. "