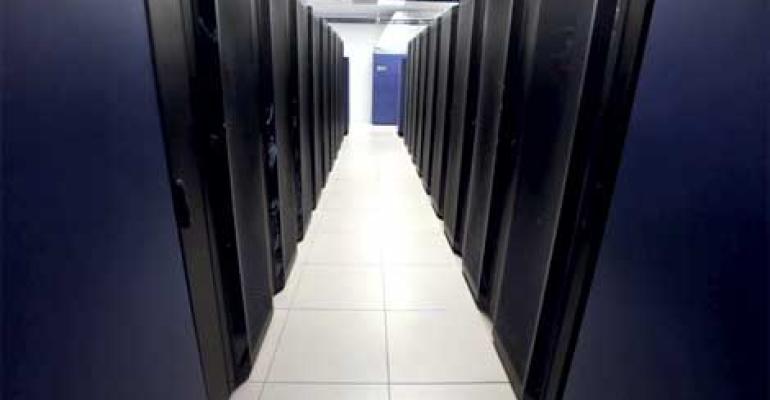 Inside the aisles at the data center supporting the Super Bowl.
Colocation

Fiberpipe announced it is building a Tier III Certified data center in Idaho, scheduled for commissioning in fall of 2014.

Fiberpipe has announced plans to build a 30,000 square foot, Tier III Uptime Certified facility in Boise, Idaho. The plans have been submitted to the city of Boise for design review, with the new facility expected in fall of next year.

The company has Tier I and Tier II facilities nearby, and says the new facility will be particularly attractive to financial and healthcare services companies desiring the additional reliability of a Tier III data center. Idaho is perfect for disaster recovery given the low occurance of natural disasters in Boise. Fiberpipe was established in January 2000 and says it has has never lost power to the data floor in that time.

"Boise is an exceptional place for mission-critical or redundant IT infrastructure based on its rankings for safest zones across the US for avoiding natural disasters," said Ken Birch, President and CEO of Fiberpipe. "We are extremely excited to have found a location close to our current Tier I and Tier II facilities located in the Emerald Tech Center that will allow us to expand our data center offerings to including Tier III level services. We look forward to working with the city of Boise on this exciting project for the treasure valley and state of Idaho."

Boise Just Getting Off the Ground as Potential Emerging Market

Boise, Idaho is an emerging market competing against neighboring states of Washington and Oregon, which have had seen success establishing a base of data center providers and facilities.

Boise is attractive due to low incidence of natural disasters and affordable power rates. It also offers clean power, as Idaho generates the majority of its electricity from hydro.  All indications show the market to be underserved, and potentially attractive for disaster recovery purposes in particular.

The state has had its bumps in building up its data center industry. Idaho was in the running for a Verizon mega data center. Oracle was once considering a $250 million data center project in 2008, but it fell through when the property owner raised the price of the site 44 percent as the deal was closing, choosing Utah instead. Utah has seen quite a lot of data center activity in recent years