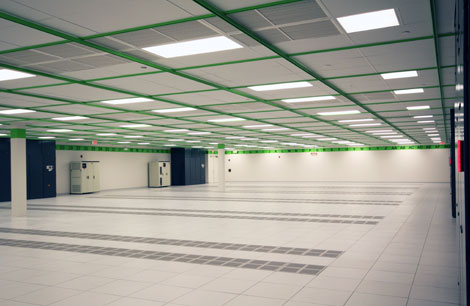 Iowa has cheap power and is in close proximity to Chicago, and it has been home to some major investments by the likes of Google, Microsoft and Facebook. It’s one of many emerging markets in the Midwest, although it hasn’t traditionally been known as a major colocation market.

Scott Rubins, President and CEO of Geneseo Communications, Inc., owner of ColoHub, touted the many strategic advantages of locating a data center in Iowa.

“We are pleased to be part of a growing list of large technology companies that have seen the advantages of locating data centers in Iowa and the closest market to Chicago,” he said.

Sean Reynolds and Andy Cvengros with the data centers division of the commercial real estate firm Jones Lang LaSalle are the exclusive marketing agents for the facility.

"ColoHub is strategically positioned to succeed because of Iowa’s low electricity rates (30 to 40 percent cheaper than most major cities), connectivity to the high-speed fiber-optic cables that link Chicago to Denver, as well as speed to market," said Reynolds. "In addition, the ability to either lease or own space provides a great deal of flexibility that will make ColoHub attractive to hosting companies and enterprise companies alike."

Iowa has been home to some massive data center projects from Google, Facebook and Microsoft. Google alone has pumped in more than $1.5 billion in its Iowa facilities, and Microsoft recently announced a $677.6 million data center facility there.

While it’s not prominently known as a major colocation market, Iowa has been a successful market for regional players like TDS Telecom (which acquired Team Technologies in 2010) and Involta. The continued investment in the state on the part of the giant tech companies has also laid the groundwork for more data center activity. Clearly, the infrastructure is there to support a market going forward, and the growing tech climate is made all the more attractive thanks to its low power rates. 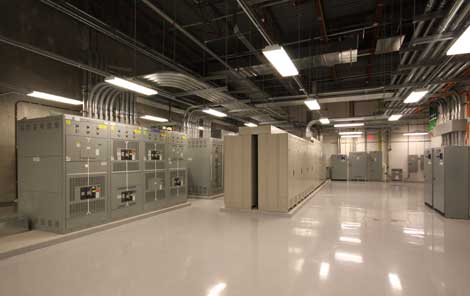