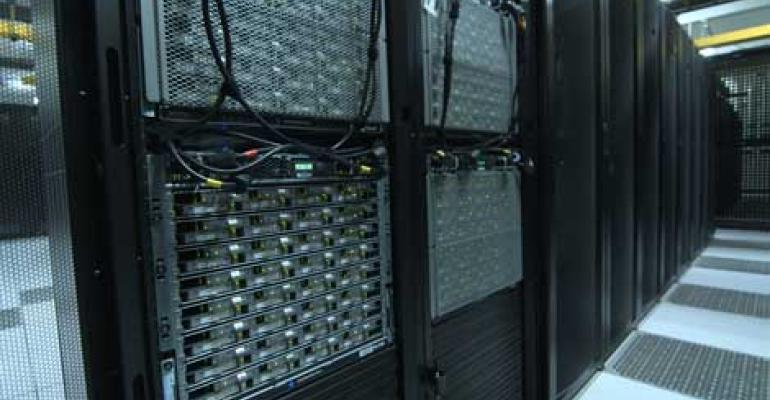 Seeking to optimize for speed and performance, Verizon will use AMD SeaMicro SM15000 servers to link hundreds of cores together in a single system to power its new Infrastructure as a Service (IaaS) cloud platform and cloud-based object storage service. 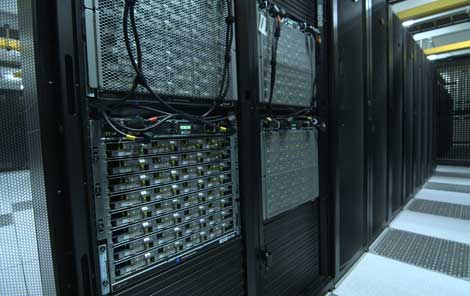 A customized version of the AMD SeaMicro SM15000 server (shown above) will power a new enterprise IaaS offering from Verizon Business. (Photo: Verizon)

Seeking to optimize for speed and performance, Verizon will use AMD SeaMicro SM15000 servers to link hundreds of cores together in a single system to power its new Infrastructure as a Service (IaaS) cloud platform and cloud-based object storage service. Verizon and AMD co-developed additional hardware and software technology on the SM15000 server that provides unprecedented performance and best-in-class reliability backed by enterprise-level service level agreements (SLAs).

“Verizon created the enterprise cloud, now we’re recreating it,” said John Stratton, president of Verizon Enterprise Solutions. “This is the revolution in cloud services that enterprises have been calling for. We took feedback from our enterprise clients across the globe and built a new cloud platform from the bottom up to deliver the attributes they require.”

In 2011 Verizon acquired Terremark, whose Enterprise Cloud offering made it an early leader in the corporate cloud computing space. With its new offering, Verizon has re-engineered the infrastructure and software driving the platform.

With Verizon Cloud Compute virtual machines can be setup in seconds, and users will be able to determine and set virtual machine and network performance, providing predictable performance for applications, even during peak times. Storage can be configured to attach to multiple virtual machines, and is an object-addressable, multi-tenant storage platform. Verizon says its cloud storage overcomes latency issues that have plagued many traditional storage offerings, providing improved performance.

“This is a breakthrough approach to how cloud computing is done,” said Bryson Koehler, chief information officer at The Weather Company, the nation’s leading provider of weather forecasts and information. “Weather is the most dynamic dataset in the world, and we also use big data to help consumers better plan their day and help businesses make intelligent decisions as it relates to weather. As a big data leader, a major part of The Weather Company’s go-forward strategy is based on the cloud, and we are linking a large part of our technical future to these services from Verizon.”

“Verizon has a clear vision for the future of the public cloud services—services that are more flexible, more reliable and guaranteed,” said Andrew Feldman, corporate vice president and general manager, Server, AMD. “The technology we developed turns the cloud paradigm upside down by creating a service that an enterprise can configure and control as if the equipment were in its own data center.  With this innovation in cloud services, I expect enterprises to migrate their core IT services and mission critical applications to Verizon’s cloud services.”

Cloud service launches are a dime a dozen these days. But upon its launch last week, the Verizon Cloud was dubbed "technically innovative" by Gartner analyst Lydia Leong, an influential voice among cloud analysts.

"The Verizon Cloud architecture is actually very interesting, and, as far as I know, unique amongst cloud IaaS providers," Leong wrote on her CloudPundit blog. "It is almost purely a software-defined data center.

"It’s an enormously ambitious undertaking," she added. "It is, assuming it all works as promised, a technical triumph — it’s the kind of engineering you expect out of an organization like AWS or Google, or a software company like Microsoft or VMware, not a staid, slow-moving carrier (the mere fact that Verizon managed to launch this is a minor miracle unto itself)."