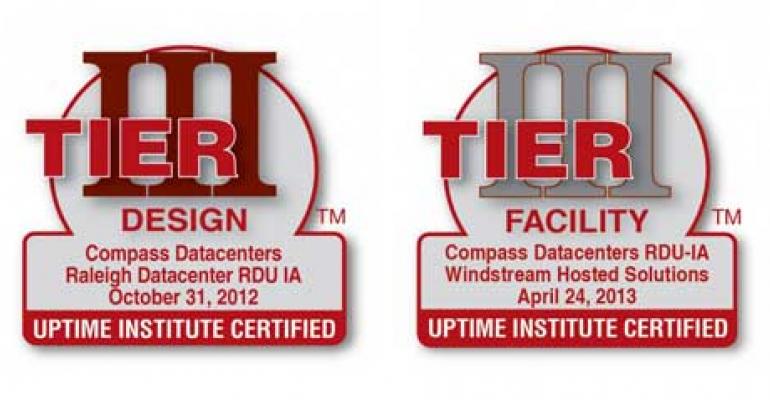 What does it mean to be Uptime Tier-Certified? Misleading language and confusion over what it means to be "Design Certified," versus "Construction Certified," means that the customer may not always know what they are getting. 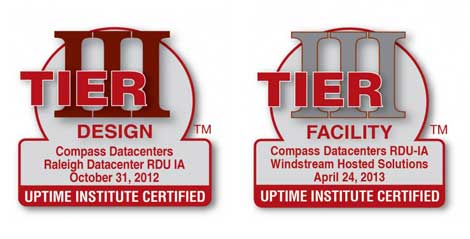 Are these two certifications the same? In fact, they're different, according to executives from Compass and the Uptime Institute.

What does it mean to be Tier-Certified? Misleading language and confusion over what it means to be "Design Certified," versus "Construction Certified," means that the customer may not always know what they are getting.

Some industry leaders believe the confusion around Uptime Institute Tier Certification has reached the point that it reflects poorly on the entire industry. Compass Datacenters CEO Chris Crosby and Uptime Institute COO Julian Kudritzki are seeking to shine a spotlight on the issue, in hopes that it helps clean up the problem and helps customers protect themselves. They recently spoke with Data Center Knowledge about their concerns.

Both Crosby and Kudritzki argue that misleading language around Tier Certification is becoming more common.

"A ton of guys that claim a tier level, but don’t have Certification," said Crosby. "As a customer you have to go in and figure it all out. As the industry matures, those claims become more meaningful."

Tier Certification on the Rise

Tier Certification is an important issue, particularly in light of two trends: the increasing standardization of the industry as a whole, and the recent trend of multi-tenant data center providers seeking Certification.

Uptime Institute created the standard Tier Classification System to evaluate data center infrastructure in terms of a business’ requirements for system availability. The Tier Classification System provides the data center industry with a consistent method to compare facilities based on expected site infrastructure performance, or uptime. Uptime defines four Tiers, with I being the least reliable and Tier IV being the most reliable.

The Uptime Institute has awarded 278 certifications around the world. But the lion's share of those certifications - 218 of them - have been based upon design documents rather than actual operational data center buildings. Just 67 have thus far completed certification of a completed facility. About 62 percent of operators that have received design certification and expected to eventually certify their completed data center.

Standardization occurs as an industry becomes commercial. “If I look back on my career, when the baby Bells deregulated there was a big influx of new equipment providers," said Crosby. "You were NEBS (Network Equipment Building System) compliant or you weren’t. Data centers are similarly going to be consumer compliant. We’ve grown up as an industry. Having third parties come in to certify is the logical evolution. When it truly becomes commercial, from a consumer perspective, that’s when the certification comes in.”

In the data center industry, there are several ways to certify. In addition to the Uptime Institute Tier Standard, ASHRAE 9.9, LEED cetification and Power Usage Effectiveness are needed, according to Crosby and Kudritzki. Standards and third-party certification are hallmarks of a maturing industry.

More and more data center providers are talking about how their data center builds are Certified, sometimes giving the impression that they have gone through the rigorous certification process for a completed structure, when in fact they only have a Design Certification for the blueprint. The design certification for the blueprint is a much lower threshold to meet, and this presents some problems. If you have a Design Certification, but build differently than that, this presents an issue.

There are only two wholesale providers with Constructed certified facilities in the US: Compass data centers with two, and Digital Realty with one. Why the disparity?

Meeting full Construction Certification is a much higher standard. “The disconnect is that many customers believe that this is what they’re getting,” said Crosby. “It’s builders taking advantage of customer confusion about the different types of Certification. It’s a deceptive practice that means customers aren’t getting what they paid for.”

“Design was never meant to be a standalone Certification," said Kudritzki. "It was a byproduct of the original protocol" meant to ensure that those targeting Certification for a completed facility were on the right track.

A lot can happen between the blueprint and the build, and Uptime’s role doesn’t stop at the blueprint. “At Uptime, we don’t have a checklist mentality,” said Kudritzki. “Our approach is not necessarily on one way of doing things. We have yet to find a design with zero issues. It often comes down to how well the different groups responsible to each other align.

“We go through custom demonstrations to test that design," he added. "We don’t have the same criteria for each project; we have specific tests. You need to make sure all of those disciplines align with one another. There are a number of new disciplines.”

One example Kudritzki gives is that a number of instances in which fuel systems aren't built the way they were designed. "There’s all sorts of opportunity to fall out of alignment,” he said. Another example: changes in the electrical system threshold could change the total load profile.

“The delta between the design and construction is very, very helpful,” said Crosby. “We used one of the best commissioning agents, but Uptime caught a lot of things. How the sequence of operations work was an incredibly useful process.”

“As a customer you have to go in and figure it all out,” said Crosby. “As industry matures, those claims become more meaningful.”

Enterprise users also need to be clear, detailed, and accountable. “You either want to be Tier III compliant or Tier III Certified,” said Crosby.

Crosby says there’s increasing “piracy” in the approach to Certification in the data center industry, and no guarantee that customers actually get what they think they bought.

“We're at the point where we have standards. Take PUE. How abused is PUE?” said Crosby. “I’m tired of getting my product compared on some spreadsheet, yet I’m being price compared. There needs to be education around it. They need to understand that these claims are important for their business, or not important. They can’t compare things that have Certifications that those that don’t.”