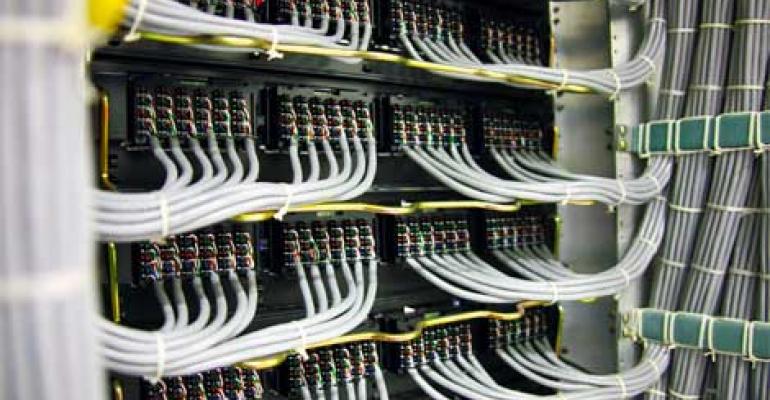 The Network is the Bottleneck: Stacks and Flows Are the Answer

Cloud software stacks and software-defined networking (SDN) are two approaches to making networks easier to manage and configure. At Data Center World, Lori MacVittie of F5 Networks sought to separate the hype from the reality for these important new technologies.

ORLANDO, Fla. - It's the age of DevOps. Rapid iteration is all the rage. Developers are writing and deploying new applications faster than ever, rolling out new features in real time. And then ...

"What happens is that they run into the network," says Lori MacVittie. "The network is the roadblock. It's slowing things down."

In a presentation titled "Stacks and Flows: Decoupling Hype from Reality," MacVittie familiarized data center managers with the technologies that can help automate networks - a critical step in making data centers more agile, which has been a key theme of this week's conference.

"The network is the bottleneck in the data center," said MacVittie. "It's the last of the three groups (servers and storage are the others) that needs to be automated."

Many companies are sorting out how to scale their server and storage infrastructures. Meanwhile, MacVittie noted that 54 percent of enterprises report adoption of some level of DevOps, in which apps and updates are being shipped more frequently. The network is critical to everything, and not as flexible in adapting to frequent changes.

"We need to made the network as elastic as the rest of the infrastructure," said MacVittie. "Everybody's pushing on you. So you want to be more agile and flexible and create new services."

Opening Up the Network

The networking sector has long been dominated by a handful of vendors focused on switches running on proprietary software. SDN seeks to use OpenFlow and related technologies to separate the hardware and software, typically by shifting management functions to a commodity server running open source software that can manage the switch.

That would give data centers the option of using more commodity hardware and open source software in their network infrastructure.

"If OpenFlow takes off, it's going to supplant a lot of your existing network management systems," said MacVittie.

The reality check? For all the buzz, SDN technologies are emerging and immmature. "Pretty much the entire market is still in flux," said MacVittie. "Expect to see that for another couple of years. it's a nascent market."

The good news: that gives data center managers time to get up to speed on SDN and what it can mean to their efforts to transform their facilities.

While a growing number of vendors are rolling out gear that can use OpenFlow, MacVittie urged the audience to pay attention to the Open Daylight Project, which may further expand the options for network management. Open Daylight still uses OpenFlow, but has added extensions to incorporate hardware that isn't OpenFlow enabled, which can now be automated and included in OpenDaylight architectures.

"You can still get SDN for your equipment that might be proprietary and closed," said MacVittie.

Then there are the stacks - cloud software platforms like OpenStack, CloudStack, OpenNebula and Eucalyptus. These platforms tie together hardware, a control layer and a presentation layer, and are extensible.

"The goal of the stack is to automate the data center," said MacVittie. "What the stacks try to do is use the APIs the vendors are providing today. You can create a plugin that goes into the stack and runs the equipment."

For all the automation, some networking challenges will remain.

"You can't automate taking a plug out and putting it back in," said MacVittie.