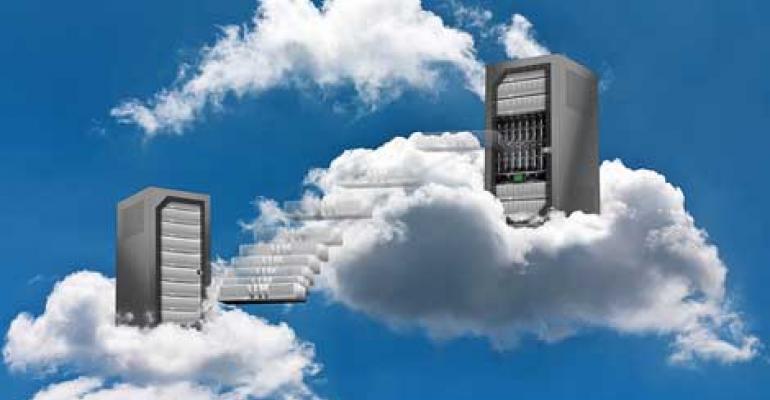 On Oct. 15, cloud storage provider Nirvanix will shut its doors, having run dry of funding. That leaves two weeks in which all the many petabytes of data stored on the Nirvanix cloud must find a new home. 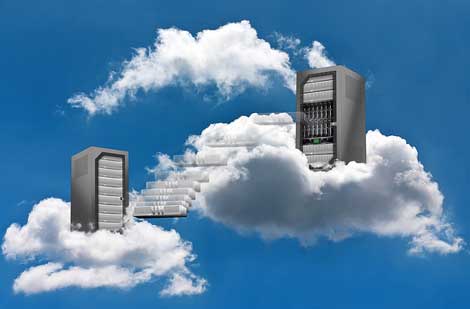 The collapse of Nirvanix will test the migration capabilities of cloud storage providers.

It's been the vision of cloud nirvana: a world in which applications and large amounts of data can migrate seamlessly from one public cloud to another. The next two weeks will provide a stress test of the cloud computing sector's progress toward that goal.

On Oct. 15, cloud storage provider Nirvanix will shut its doors, having run dry of funding. That leaves two weeks in which all the many petabytes of data stored on the Nirvanix cloud must find a new home.

"For the past seven years, we have worked to deliver cloud storage solutions," Nirvanix said Friday on its website. "We have concluded that we must begin a wind-down of our business and we need your active participation to achieve the best outcome.

"We are dedicating the resources we can to assisting our customers in either returning their data or transitioning their data to alternative providers who provide similar services including IBM SoftLayer, Amazon S3, Google Storage or Microsoft Azure."

Scramble for Customers, But Many Questions

The confirmation of Nirvanix' shutdown follows days of published reports that the end was near. It has kicked off a scramble for customers to move their data, a process that would be easier if they weren't all trying to do it at the same time. The mass exodus of data will test the pipes at Nirvanix, which says it has "established a higher speed connection with some companies to increase the rate of data transfer from Nirvanix to their servers."

There is not much precedent for this type of mass migration, which raises tough questions about the process, as noted by Jay Heiser of Gartner.

"What kind of a data storm do you get when a thousand customers all simultaneously start trying to copy out petabytes of data?" Heiser writes. "How much technical support can a company offer when they are going bankrupt? Can you reasonably expect that their staff will be motivated to stay on, and undertake any necessary heroic efforts that might be needed to help you recover your data? Where are you going to put that data?"

Nirvanix says it has an agreement with IBM SoftLayer to assist customers in rescuing their data. Many other cloud providers are pitching their services to Nirvanix customers. Companies running Google ads courting Nirvanix customers include Rackspace, Microsoft, SunGard, ViaWest and Verizon Terremark, among others.

CoreSite Realty says that the easiest migrations will be ones where the data needs only to travel across the aisle, rather than across the web.

"One of the issues being faced by customers is time," CoreSite noted in an email to DCK. "Many will not be able move terabytes and petabytes of data off Niravanix's cloud by October 15. But since Nirvanix is colocated within CoreSite's One Wilshire data center campus in Los Angeles (among other locations), the proximity of other cloud storage providers within the facility - including Amazon Web Services and Synoptek - is making it easier and faster for CoreSite to transfer customer data to other services."

Gartner analyst Kyle Hilgendorf said the Nirvanix meltdown should prompt cloud users to get serious about developing an exit strategy for migrating their cloud apps and data. Gartner has been advocating this for some time, but Hilgendorf says few firms have taken concrete steps.

"Cloud exits are not nearly as sexy as cloud deployments – they are an afterthought," Hilgendorf wrote in a blog post. " It’s analogous to disaster recovery and other mundane IT risk mitigation responsibilities. These functions rarely receive the attention they deserve in IT, except for immediately following major events like Hurricane Sandy or 9/11.

"If you are a customer of any other cloud service (that is basically all of us) – take some time and build a cloud exit strategy/plan for every service you depend upon," he added. "Cloud providers will continue to go out of business. It may not be a frequent occurrence, but it will happen. "

The Nirvanix collapse could also prompt a fresh look at services that provide migration-friendly cloud storage options. That's the pitch from cloud broker Oxygen Cloud, which allows customers to use one or more storage providers to  back up clouds.

"Oxygen connects your Oxygen Drive to your choice of storage, and creates a secure container between each client and storage backend," writes Oxygen VP of Product Leo Leung in a blog post. "Behind the scenes, Oxygen directs reads and writes between the client and storage, never getting in the way. The user experience looks the same: all users see is a different shared folder on their desktops and devices."

Oxygen said that it has already helped migrate one of its customers that stored "a ton of data" for more than 1,000 customers on Nirvanix.

Will Nirvanix customers be able to successfully migrate their data? If network bottlenecks present challenges, there's always the physical approach. As the old saying goes: "Never underestimate the bandwidth of a truck full of backup tapes."